REVIEW: Kim Chiu’s horror film ‘U-Turn’ is a Halloween treat for everyone in the family

‘U-Turn’ star Kim Chiu gets on the other side of the camera as a news reporter in Star Cinema’s latest digital horror project. 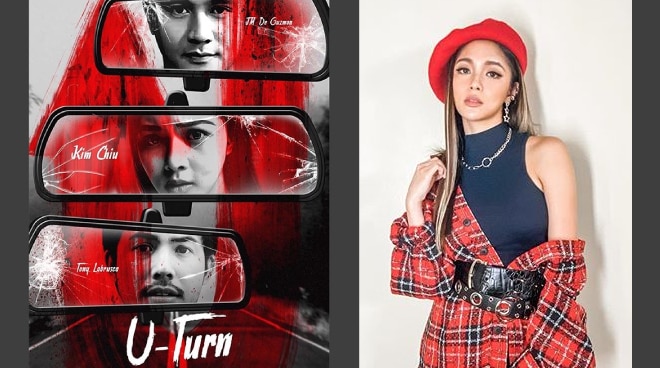 Based on a 2018 Indian mystery-thriller film of the same name, U-Turn is a film seen through the eyes of a rookie journalist (played by Kim Chiu) who is always on the lookout to break the next big story. She ends up covering a story of unexplained deaths which all seem to be connected and occur in a U-turn slot along a lonely dark road.

Kim plays an ambitious reporter who has yet to get a taste of success when it comes to writing stories that go viral and add to her reputation. Kim tries her best to show us a more mature and serious side as the always worried and on-the-go journalist named Donna. Her boyfriend and officemate (played by Tony Labrusca) stays by her side and offers support even when she starts crossing the line and tampering with evidence in the crime scenes that she covers.

JM De Guzman plays Kim’s former classmate who is now a police investigator that tries to help her find the culprit and offers support when a member of Kim’s family ends up getting targeted by evil forces looking for revenge.

The Philippine adaptation of U-Turn is first and foremost, a horror thriller but it also touches on other themes like family, friendship, and just how far some people are willing to go when it comes to ambition.