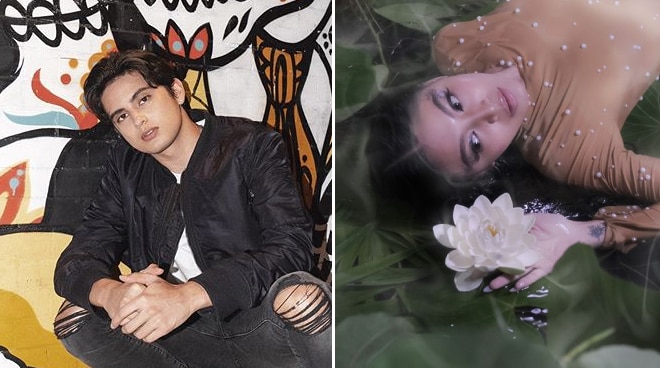 Careless founder James Reid was all praises for Nadine Lustre who is set to release her visual album titled Wildest Dreams.

According to James, the album is a product of Nadine's creativity and the songs in the record speak volumes of the actress-singer's identity.

“It’s really what’s in Nadine. This is really the kind of music she wanted to make, the visuals that are inside her head and the things that mean a lot to her, the topics that really resonate with her. It was quite natural the way it all came out,” James said in an interview with MYX.

When asked how the album came into fruition, James relayed, “When we started making this album, it’s always the most difficult part thinking like, ‘What is this album going to be about?’ And then I just asked her, if say MYX interviews you, what would you say that the album is about? She’s like, ‘Everything that I’ve been through. All the obstacles and challenges I’ve faced, how I grew through them and where I’m at now.’ That was a starting point for us."

James described Nadine as a true artist and a storyteller, explaining that he is in awe of how Nadine was able to translate her vision into something concrete.

“One of the things that became really apparent during the process of making this project is that Nadine has a really rich imagination and the ability to take these difficult concepts to understand and translate them across for other people. It takes a real storyteller to be able to do that. She’s a real artist,” James stated.

Meanwhile, songwriting was something Nadine was heavily invested in for this album as she co-wrote 70 to 80 percent of the songs in Wildest Dreams.

“I just jumped into it. I really just took out the fear and the doubts because I would always doubt my writing before. I just trusted in the things that I wrote about,” Nadine shared.

It will stream simultaneously on ABS-CBN Entertainment and Careless’ channel at 9PM on Saturday.