Here's good news for all MayWard fans: Maymay Entrata and Edward Barber are reuniting for a project. 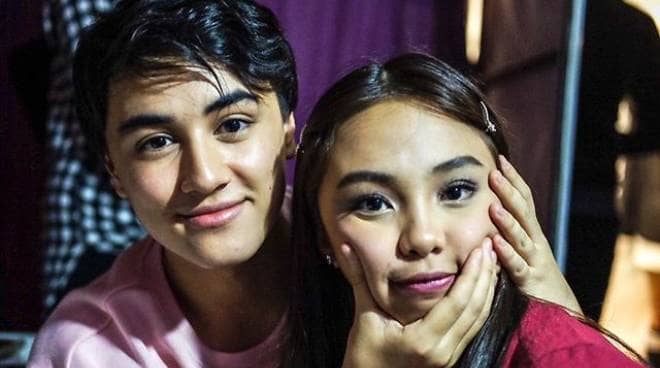 Here's good news for all MayWard fans: Maymay Entrata and Edward Barber are reuniting for a project.

The onscreen pair will work on a new movie, Edward announced during his guest appearance on the morning talk show Magandang Buhay this Friday, October 2.


During his interview, Edward shared how excited he is to work with Maymay again, two years after they last worked together on the 2018 Metro Manila Film Festival (MMFF) entry Fantastica.

Maymay and Edward have been onscreen partners since being part of ABS-CBN's reality show Pinoy Big Brother.

Last April, the two denied being a couple in a joint statement they posted on social media.

"Masaya at masarap po sa pakiramdam ang idea ng isang romantic relationship, but as we go along our journey, we realize na hindi basta-basta lang to get into a relationship,” they said.

On Magandang Buhay, Edward went on to thank their fans for their love and continued support.

He went on: "A lot has been said sa social media, a lot of stuff has been lied about, false statements and through it all, I look sa may Instagram, sa direct messages, minsan toxic 'yon, pero I read them and I read some messages, they say, 'We still trust you Edward. We still support you, We still love you.' At hindi ko masabi, hindi nila alam, hindi ko masabi sa kahit anong interview, hindi ko maipakita sa isang movie. They will never know the impact that that positivity has in my life. Now in the future or in the past, they will never know. But all I can say now is maraming-maraming salamat. Sobrang nagpapasalamat ako sa inyo."