Rabiya Mateo was only eyeing a Top 5 finish in the inaugural Miss Universe Philippines pageant. 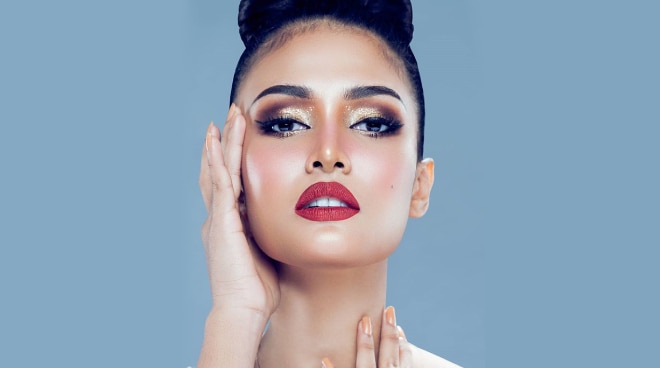 During an interview with ABS-CBN News' Dyan Castillejo on Sunday, October 25, the new Miss Universe said that winning the crown wasn’t really her goal coming into the competition.

Rabiya said she still can’t believe that she will soon represent the country in the Miss Universe pageant.

"Because I started as the underdog. Nobody would know my name and I was new in the pageant industry. Actually, this is my first ever national pageant, [and] there's [not] much of a pressure when it comes to my journey because the expectations of the people around me weren't that high. Now that I was able to snatch the crown I feel like it's a combination of hard work and at the same time, destiny. During that night, the stars were aligned for me," she said.

Rabiya said she offers her success to her mother, who raised her and her younger brother as a solo parent.

We made it, Mama and Lola! These two are the strongest women that I know. Both were single mothers but were able raise their children full of dreams and aspiration in life. To my Lola Sol in heaven, your favorite apo is now Miss Universe Philippines. I love you so so so much. I wish you were still here witnessing our victory.🖤 (Will be posting a thank you message later) #MissUniversePhilippines2020 #aribarabiya #halabirabiya

"We were abandoned when I was around five years old. I have a younger brother. My mom was the only person who raised the both of us. Since we're a broken family, hindi talaga masaya 'yung buhay. I can say na hindi siya smooth kasi marami kaming naging problems especially when it comes to finances. That's why at [an] early age, naging breadwinner ako ng family. While being a full scholar, I was doing modeling and some gigs just to earn money para pangbaon ko lang," she said.

According to Rabiya, it was also her mother who pushed her to join the Miss Universe Philippines pageant.

"It was my Mom [who convinced me to join]. Kasi dati takot ako. It was my dream pero takot ako. Pero sabi ng mama ko, 'You're not getting any younger na, anak. If you want to pursue Miss Universe Philippines, now is your time, since you're done with your school. You're now working, you can sustain yourself.' So sabi ko, 'Okay. Let's do this.' And with the risk that I took, ngayon nasa akin na 'yung korona," she said.

Rabiya, 23, bested 45 candidates from different parts of the country when she was crowned Miss Universe Philippines 2020.

Asked what she thinks is her winning quality, Rabiya said: "I think it's my desire, eh. You can see it in my eyes. I feel like during that moment, I was enjoying it. Sinabi ko talaga sa sarili ko. 'paglabas ko dapat iisipin ko lang na wala akong kalaban. It's just me easing the runway. Feeling ko 'yun 'yung naramdaman na energy ng judges. At the end of the day kasi, it's somebody's luck, eh, and during that night, it was my night talaga."

During the interview, Rabiya also expressed her gratitude towards those who helped her throughout her pageant journey.

"I just want to thank everybody who believed in me even if I was [a] nobody yet. Even when there's no name recall. There were some people who stood by my side and those people saw the potential in me. And I'm forever thankful to every Ilonggo who had put some effort just to let me be the person that I am today. Those people who had help me financially, and has been sending a lot of messages. Those people who have been training me for free. I feel like this success is also their success, and I will be forever thankful for everybody who truly helped me along the way," she said.