Here's good news for all JaDine fans: "Wildest Dreams," the upcoming full-length album of Nadine Lustre, will feature a duet with her former boyfriend, James Reid. 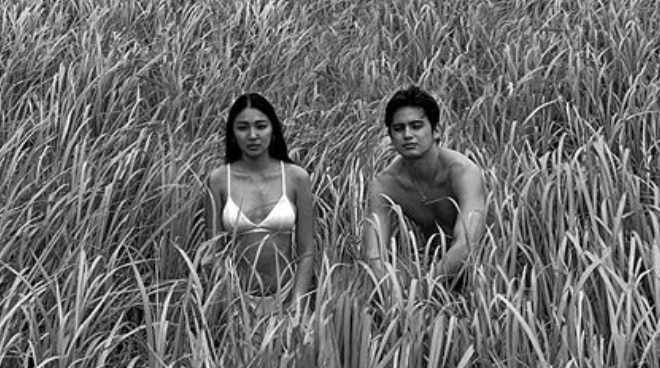 Here's good news for all JaDine fans: the upcoming full-length album of Nadine Lustre will feature a duet with her onscreen partner and former boyfriend, James Reid.

only growing, never slowing, next to you ❤️ 📷: @andreisuleik

The actress made the announcement during a virtual press conference for her new record "Wildest Dreams" on Saturday, October 24.

Nadine and James previously collaborated on a song titled “Summer," which is produced by the latter's own record label Careless Music.

During the press conference, Nadine also shared her experience working on her solo album while under lockdown due to COVID-19 pandemic.

"A lot of people don't know this but I've been so insecure about my writing. I tried writing a couple of years back when I was younger and [I] wasn't successful so I kind of just closed that book and put it aside and told myself that I'm never going to touch that book again," she said.

"During the lockdown, I had a lot of time to myself so I was just having quiet moments and just discovering more of myself and getting to know myself even more. It was just time for me to be vulnerable and to get in touch with my emotions and things that I haven't really dealt with or I was scared to deal with before," she added.

According to Nadine, she has been working with Careless Music on her album since last year, but it was during the lockdown when the project officially kicked off.

"We were lucky enough kasi, when you're writing music, you don't really have to be anywhere else. You just need your safe space to be able to express and write all of these emotions and everything that you want to express, everything that you want to say. So we had a lock-in actually, for I think about two weeks. I was just with James, with Bret (Jackson), with Haissam and with Isagani (Palabyab), one of our producers. And there's really no hassle working on the album," she said.

Nadine, whose new album focuses mainly on "empowerment and self-love," also expressed her excitement for fans to experience "Wildest Dreams."

"Right now, I just feel really good about the whole album. I hope people get to know me even more when they listen to all the tracks and see the visual album," she said.

According to Careless Music, Wildest Dreams is "a sonic adventure into the mind and heart of Nadine’s artistry. Drawing from personal experiences, we hear and feel true reflection throughout this album.”

In a previous interview, Nadine explained why she opted for a message album.

“A lot of people message me and kind of look up to me when it comes to empowerment or being strong and fearless,” she said. “This is the perfect platform or catalyst to help empower and inspire people who listen to my music.”

Nadine, who signed a recording contract with Careless Music last December, released the title track for "Wildest Dreams" last October 16. The song is composed by the actress herself, with the help of Bretman and Haissam.

"Wildest Dreams" the album will premiere on Careless Music’s and ABS-CBN’s Youtube channels on October 31 at 9 p.m.