Several celebrities expressed solidarity with Angel Locsin, Liza Soberano, and Catriona Gray amid the red-tagging and threats due to their advocacies for women. 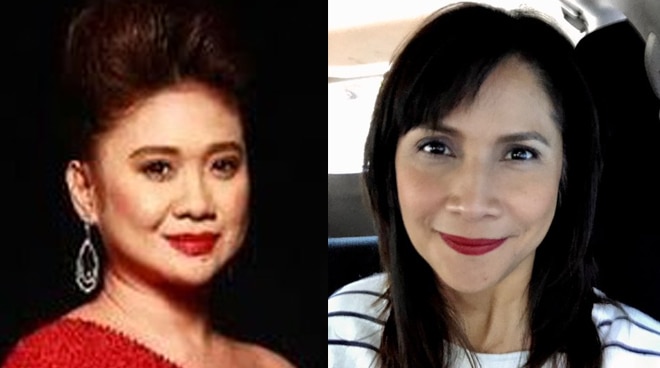 Several celebrities expressed solidarity with Angel Locsin, Liza Soberano, and Catriona Gray amid the red-tagging and threats due to their advocacies for women.

Last Friday, October 23, Angel denounced the red-tagging of her family in a post on her Instagram page, where she shared a photo of herself wearing a bright red lipstick and used the hashtags #NoToRedTagging and #YesToRedLipstick.

In her post, the actress reiterated that she and her family are not part of any communist or terrorist groups, after a military official claimed that her sister, Ella Colmenares, is "underground" as a member of the New People's Army (NPA).

The same official, Lt. Gen. Antonio Parlade Jr., had warned actress Liza Soberano and beauty queen Catriona Gray on their ties with women's rights group Gabriela, which he alleged is a communist front.

On social media, the likes of Eugene Domingo and Agot Isidro supported Angel's call to end the red-tagging by posting their own photos wearing bright red lipstick.

Other celebrities who showed their support include Cherry Pie Picache, Bituin Escalante, and Pia Magalona.

In solidarity with empowered women and in support of Filipinos who are trying to be silenced by the powers that be.

In her post last week, Angel insisted on her right to express her convictions and beliefs, saying that the Philippines is "a country where our freedom to speak and express ourselves are enshrined and protected by the Constitution."

She also urged the public to support Liza, Catriona, and other individuals who are being red-tagged for being vocal about their opinions and advocacies, and appealed to the government to discipline officials who tag critics as communist rebels.