Fans congratulated Janella Salvador and Markus Paterson after alleged photos of the former and a baby inside what appears to be a hospital made rounds online. 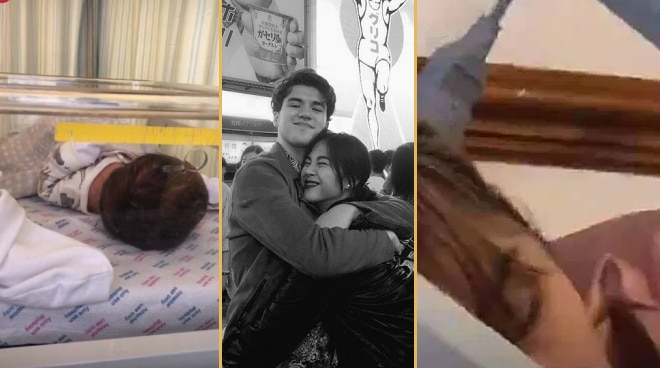 Has Janella Salvador given birth to her rumored child with Markus Paterson?

Just last month, Janella Salvador and Markus Paterson set the online world abuzz after stories about them reportedly expecting a child came out.

And now, it appears the rumors circulating on the internet might be true after Markus appeared to have accidentally posted a photo of a girl lying in a hospital bed as well as the photo of a newborn baby inside what looks like a hospital bassinet via his Instagram stories.

READ: Janella Salvador blocks people who have ‘no respect,’ ‘have nothing else to do but gossip’

And although the identity of the girl in the photo has yet to be identified, several fans were quick to notice that the girl bears a strong resemblance to Janella. This prompted several netizens to congratulate the couple on social media.

Congrats Janella and Markus. ♥️♥️ A great blessing from the Lord. You cannot blame Markus for posting on Ig, he is proud and happy. ♥️ I am not a supporter but i love Jea before so, i am happy Markus is not afraid telling the world that he is his man. 👍

Markus and Janella are both currently in the UK. Markus, — whose father is of British descent — is staying with his family there.

PEP first reported about Janella’s rumored pregnancy back in September.

Markus and Janella have managed to keep their relationship lowkey for two years before revealing it on their respective social media accounts. Markus has consistently professed his love for the Kapamilya actress — even saying he couldn’t live a life without her.

"I’ve never been in love the way I am. I’ve never felt the love that she makes me feel. There is no one or thing that could make me look at another woman the way that I look at her right now,” he told Kyle Echarri during an interview.

He went on: “Like, it’s not even fair to my family how much I’m in love with this woman. Because I would put her above anything else. To the vague question why I'm still with her, it is because I couldn't live without her. That's as simple as it is.”