Pakpak ng Pangarap organizer Cathy Garcia-Molina admits that she was supposed to work on the Bea Alonzo and John Lloyd Cruz reunion film before the pandemic. 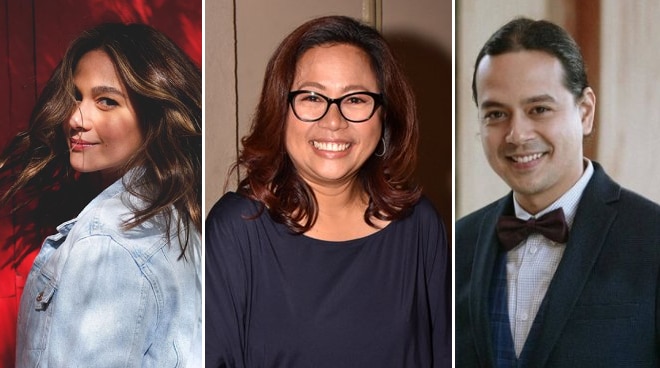 After announcing her plans of slowing down and retiring from directing movies last year, director Cathy Garcia-Molina revealed that she was already in the process of starting the ground work for the much-awaited John Lloyd Cruz and Bea Alonzo reunion movie this year. But the film’s plans have been put on an indefinite hold not just because of the pandemic. During the mediacon for her fundraising event Pakpak ng Pangarap last October 22, the veteran director hesitated before revealing the current status of the Bea-JL film.

Direk Cathy, who directed Bea and Lloydy in the blockbuster film One More Chance and its sequel A Second Chance, also revealed why she cannot direct any film in the new normal set up. “Ako kasi nagsasabi sa Star Cinema, I am very open to them and I was very honest to say it will really be very hard for me to direct ng may social distancing. Highly physical ako mag-direct. I talk to them. I touch them. Sabi ko, ‘Paano ko ‘to i-mo-motivate ng malayo?’ I talk to my cameramen. Ako gusto ko sama sama yung staff pag kumakain kami. Tapos one seat apart. Hindi ko kayang i-figure out sa utak ko talaga. I know there are ways because some did it and I congratulate them. Sobrang saludo ako sa kanila for being able to do that. But me I don’t know how I would do it with the same passion and intensity kung ang lalayo nila sa akin. Kaya sabi ko kung kaya namang i-delay, i-delay nila. Mukhang hindi na ako makakagawa itong taon na ito but wala naman akong binibitawang tapos na salita. But I hope that I will have the chance to do it pag wala ng pandemya kasi hirap talaga,” she admitted.