Angel Locsin and Herbert Bautista were among the local celebrities who expressed solidarity with Liza Soberano after a military official warned the actress against keeping ties with women’s rights group Gabriela Youth. 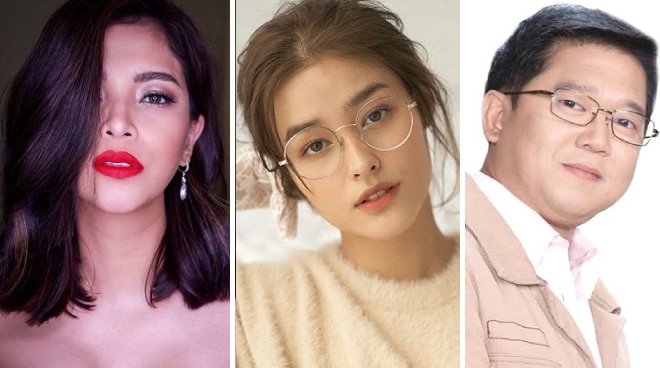 In a statement on Wednesday, October 21, Lt. Gen. Antonio Parlade Jr. told the public not to tag Liza as “NPA” as “she is merely advocating for women's rights.”

However, he also told Liza that she should cut ties with the group, otherwise, she could suffer the same fate as Josephine Anne Lapira, a 22-year-old student from University of the Philippines Manila who was killed in a clash between an encounter between government forces and the New People’s Army in Nasugbu, Batangas in 2017.

"It's a pity she learned about non-sense things like nabbing a firearm, exploitation while already inside the ground. It was too late, she is dead. The choice is yours, Liza," said Parlade.

Speaking with ANC’s Headstart, Perlade, the spokesperson of the government's National Task Force to End Local Communist Armed Conflict (NTF-ELCAC), denied that Liza’s camp is complaining about him for red-tagging the actress, and claimed that they even thanked him for the information on the alleged communist ties of Gabriela Youth.

"In fact, I got a message, a call from Atty. (Juanito, Jr.) Lim yesterday,” he said, referring to Liza’s legal counsel. “...thanking me and informing me that they’re sending a thank you letter to me personally for informing them about the nature of this organization, which they don’t want their client to be associated with.”

In an official statement Thursday, October 23, Lim denounced the controversial red-tagging of the actress, which began after she participated in an online talk hosted by Gabriela Youth.

“We denounce in the strongest terms the 'red-tagging' of our client, Ms. Liza Soberano, in some social media platforms. Expressing her love and respect for women and children is her personal advocacy,” the statement read.

It also stressed that the 22-year-old actress remains to be apolitical.

"She does not support not antagonize any person's political views. The important point here is respect for others, a virtue she has conscientiously practiced all her life," continued the statement.

I support Liza and Catriona. https://t.co/eWIRQIcC7v a very serious and dangerous one. https://t.co/HXbDdFGqBI

Don’t fear ‘red-tagging’? Start with this.

Stop harassing Liza Soberano. This is outright ridiculous and a waste of taxpayer’s money.https://t.co/D5lCGvk9PO

To all those speaking up for the rights and welfare of women and girls (or anyone else!), keep on going!!! THIS IS NEEDED. #DefendFilipinoWomen