ABS-CBN denounces the red-tagging of a military official of two of its prime stars, Angel Locsin and Liza Soberano. 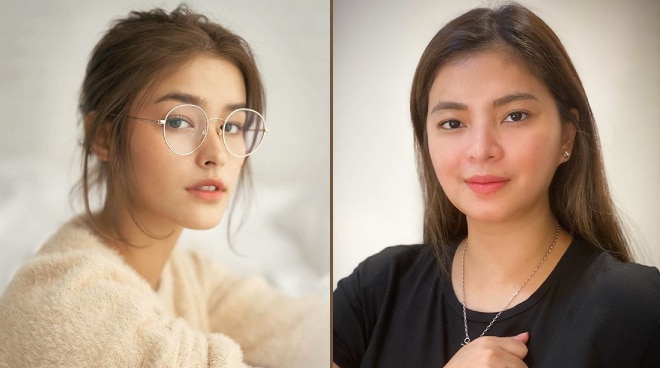 ABS-CBN, in its statement of support for Liza’s efforts “to protect and promote women’s interests.”

“Liza Soberano is an advocate of women’s rights and supports initiatives that protect and promote women’s interests. ABS-CBN and Star Magic stand by Liza Soberano as she speaks out against violations of women’s rights. This is her own voice and not of any person or group,” ABS-CBN wrote in the statement.

The statement went on: “It is our hope that people may be allowed to freely participate in meaningful and rational discussion of issues without having to be red-tagged.”

Meanwhile, ABS-CBN dismissed various accusations thrown at Angel Locsin — particularly her alleged involvement in a communist group — for her various humanitarian efforts and being vocal on societal issues.

The statement read: “ABS-CBN is very concerned about the wrongful identification of Angel Locsin as a member of the NPA. Doing humanitarian activities and speaking one’s mind do not make one a member of a communist group.”

“We believe that Angel, like any Filipino, has the right to express herself and stand for her principles without judgment. We support Angel and as she continues to devote her time, talent, and resources to various philanthropic activities,” ABS-CBN added.

Liza Soberano, who was red-tagged after speaking at Gabriela Youth Group webinar, has since sought the help of her legal counsel.

“We denounce in the strongest terms the 'red-tagging' of our client, Ms. Liza Soberano, in some social media platforms. Expressing her love and respect for women and children is her personal advocacy,” wrote Liza’s legal counsel.

Meanwhile, the red-tagging on Angel Locsin went as far as dragging her family into the mud. But the actress has spoken on the issue.

"We live in a country where our freedom to speak and express ourselves are enshrined and protected by the Constitution. May paniniwala ako, may paniniwala ka. At sa ilalim ng Consitution, pareho tayong mayroon karapatan sa ating nga sariling paniniwala," she said.