Is Kris Aquino making an appearance in the sequel to the box office hit ‘Crazy Rich Asians.’ 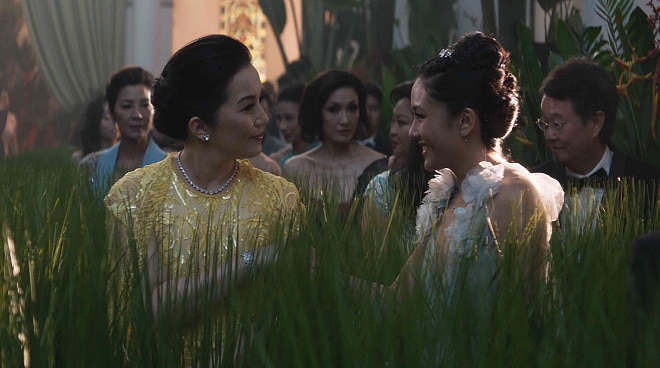 Kris Aquino took on the role of Princess Intan in the film Crazy Rich Asians. And now that a sequel is in the works, will she be making an appearance again?

During a media event for e-commerce platform Shopee, Kris opened up about the possibility of making an appearance in the sequel of the film after ABS-CBN News asked her about her recent conversations with author Kevin Kwan.

"I asked him (Kwan) because the opening of China Rich Girlfriend is the wedding. And then I was asking him, 'Am I going to be at the wedding? Is Princess Intan invited to the wedding?'" she said.

She went on: “And he said, 'Of course! Because you're the one who gave her (lead character Rachel Chu, portrayed by Constance Wu) the validation in Crazy Rich Asians. So I said, 'Oh my gosh, I hope it happens.’”

It can be recalled that the Singaporean-American novelist reached out to Kris to seek her advice for some of the characters in his book Sex and Vanity.

Kris also revealed that Kevin used his name for one of the two Filipino characters in the book Sex and Vanity.

"He said that 'I would imagine that was when your mom went to school.' And I said, 'My mom when to St. Scholastica, then she went to Assumption, and then she went to school in the States. And then he used the schools in the States where my mom went. Because my mom went to this school in Philadelphia where Princess Grace of Monaco actually went, so that's included in the book," she stated.

a lot of you know some of my story, quite a few of you know most of my story... but the blessing is i get to continue my #beYOUtiful story... thank you @ultherapy & @ultherapyph. Photo courtesy of @markednicdao from yesterday’s shoot @cornerstone’s studio. Hindi ko alam kung gusto kong mapa happy ni bimb because malapit na kong mag birthday (i usually show him pics before i post because my bunso is conservative)... he told me “mama, even men will find you breathtaking.” (clarification: we’re very aware my solid followers are women & the LGBT community- and of course i’m super grateful, so bimb knew that what he said was a compliment. ❤️🧡💛💚💙💜🥰)

"The sisters who are there [in the book], they have a cousin named Kris who owns the biggest talent agency in the Philippines. And then they were telling the girl that she could be a model and that Kris is me. And I said, 'Thanks, Kevin!’” she added.

Kris and Kevin have since become close friends, constantly communicating with each other through online messaging apps.

While Kris only made a brief appearance in Crazy Rich Asians, her role has been considered pivotal in the film which came out in 2018.

The movie currently streams on Netflix.