Gretchen Barretto tells sister Claudine: ‘Thank you for inspiring me to be a better daughter’

Gretchen Barretto said her younger sister Claudine inspires her to be a ‘better daughter.’ 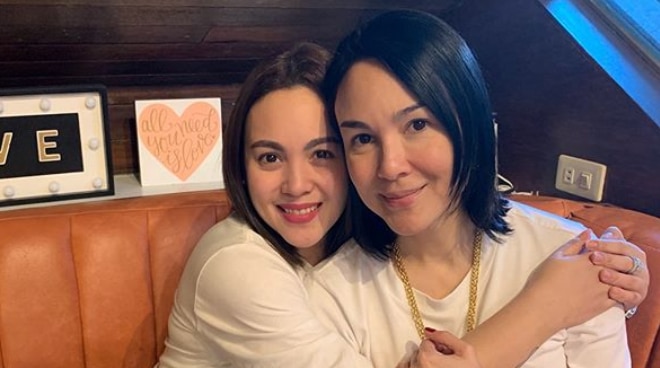 Gretchen Barretto said her younger sister Claudine inspires her to be a "better daughter."

Same hair don’t care if you’re as Beautiful as my ate.i luv u @gretchenbarretto @eric_quizon

Gretchen made this statement in the comments section of Claudine's October 19 post on her Instagram page, where she shared photos of her with her mother Inday and siblings Jay-jay and Michelle.

The family recently gathered to celebrate the civil wedding anniversary of their mother and late father, Miguel.

"Happy Civil wedding anniversary of Mom & Dad. We miss you Dad," wrote Claudine in the caption.

"I am overjoyed to see you all looking so happy," said Gretchen. "Know that I appreciate each of you for making mom aliw."

"Bro J, I am proud of you. Baby girl, Clau, thank you for inspiring me to be a better daughter. Our ate Mich," she added.

It was in February 2019 when Gretchen and Claudine revealed that they patched things up between them after not being on good terms for years.

READ: Claudine Barretto admits feeling down lately, sister Gretchen tells her to never give up

Later, Gretchen was reunited with her mother, from whom she was estranged for several years as well, at the wake of her late father, whose death sparked a controversial feud involving her, Claudine, and their other sister, Marjorie.