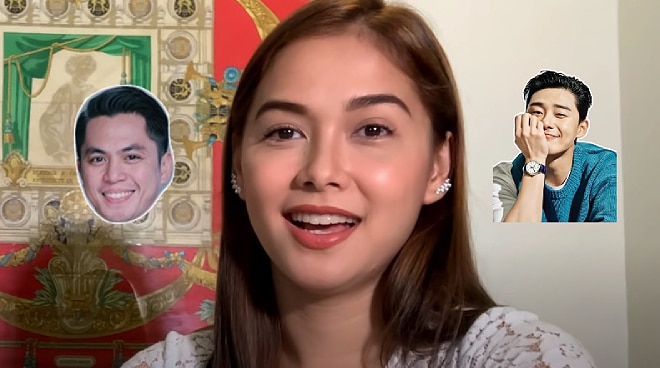 Maja Salvador did the lie detector challenge for her latest vlog, answering various questions from fans sourced through Instagram.

Among the questions asked was who would she choose between her boyfriend Rambo Nuñez and South Korean actor Park Seo-joon.

READ: Maja Salvador reveals one thing that would make her quit showbiz

When asked about her readiness to get married this year, she answered: “As in this year? Kung this year, hindi pa kasi pandemic pa eh. Pero kung mga two years or three years, yes.”

When asked if she sees herself spending the rest of her life with Rambo, she said: “’Yun ang pinagdadasal ko.” Getting shocked for her response, she said: “Love, sorry ‘di pa pala ako sure.”

Other questions asked included whether or not Paulo Avelino and Coco Martin courted her, both to which she answered no.

Park Seo-joon is a South Korean actor known for his roles in dramas such as Fight for My Way, What’s Wrong with Secretary Kim, and Itaewon Class.

The 31-year-old heartthrob is also known for his notable works on the big screen like Midnight Runners and The Divine Fury.

Meanwhile, Maja is ABS-CBN’s homegrown artist, known for his versatility in characters portrayed in several film and television projects that earned her various accolades locally and abroad.