Heart Evangelista said she and John Prats feel comfortable with each other in the past. 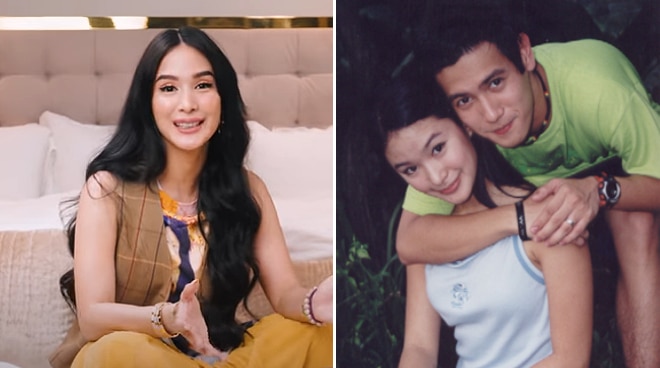 Heart Evangelista went on a trip down memory lane as she looked back on the years she spent with her love team partner, John Prats.

In her latest vlog where she reacted to old footage of herself from her past shows, films, and TV appearances on ABS-CBN, Heart shared why she and John Prats — her former love team partner — had a mutual understanding.

“I spent a lot of time with John Prats growing up because we were like the love team. He was my MU [mutual understanding]. I remember our [hashtag] was 020202 nu’ng naging MU kami nu’ng bata kami,” she said.

While there were bumps along the way, Heart shared why she and John managed to stay friends throughout the years. “We’re friends now, though. But we were just very comfortable with each other,” she said.

Known for being a fashion icon, Heart said she particularly loved doing My First Romance for her character’s sense of style in the film.

Interestingly, she and John were supposed to top bill My First Romance, but the management decided to add Bea Alonzo and John Lloyd Cruz into the mix.

Heart Evangelista starred in numerous TV shows under ABS-CBN including G-Mik, Berks, Ang Panday, and Hiram, among others.

She also did films under the ABS-CBN film company Star Cinema like Trip, Jologs, Ang Tanging Ina, and Bcuz Of U.