MOMOLAND’s new song will be released in November. 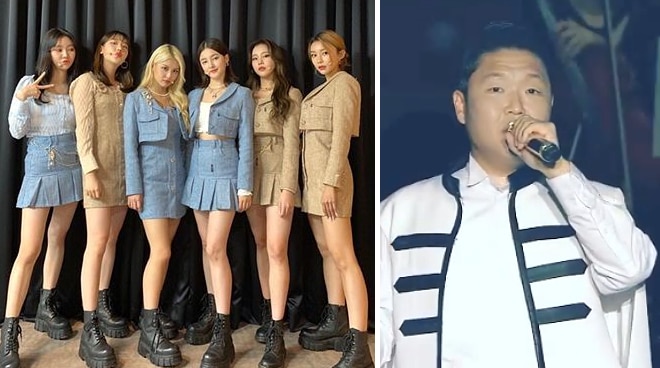 MOMOLAND will be releasing a new song in November and they will be collaborating with PSY.

In a report by Naver TV as translated by Soompi, MLD Entertainment announced that PSY will be one of the writers of MOMOLAND's new song.

The music agency revealed, “Singer and producer PSY will participate as a lyricist on MOMOLAND’s new song that will be released in November.”

The new track will be released just in time for the K-Pop group’s fourth anniversary since they had their debut.

PSY expressed his elation to be collaborating with MOMOLAND for their new song.

“MOMOLAND is a group that is great at expressing fun music in an even more exciting way. In that aspect, they are juniors who are in sync with me, and I am happy to participate in their new song. After I heard the song’s demo, I liked it so much that I happily agreed to participate in the lyric-writing process," PSY remarked in the report.

Aside from their upcoming song, MOMOLAND will release a new album in mid-November.

PSY is behind the global hit "Gangnam Style." In 2012, the song's first music video became the first one to gain more than 1 billion views on YouTube.