Enchong Dee and Jasmine Curtis-Smith star in the movie ‘Alter Me,’ which will premiere on Netflix next month. 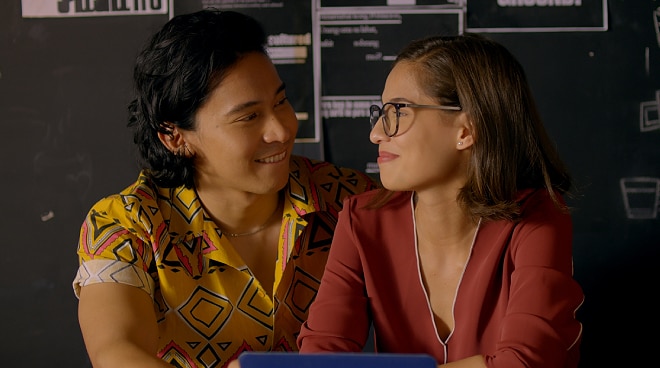 Enchong Dee and Jasmine Curtis-Smith star in the movie Alter Me, which will premiere on video streaming giant Netflix next month.

Directed by RC delos Reyes and written by Danno Christopher, the film tells the story of “an HR manager who seeks the mentorship of a coveted escort to better connect with other people and her own emotions. However, he soon opens her heart to unexpected feelings.”

Alter Me marks the first time that Enchong and Jasmine, respective talents of rival networks ABS-CBN and GMA, top-bill a project together.

The film is co-produced by Viva Films and Ten17 Productions.

“Nowadays, in the advent of technology and social media, we put on different masks and we create our own world," RC said of the film's theme. "Hoping that in that world we would be able to find the love and fulfillment we have always been seeking. Not realizing that the true change or ‘altering’ we have to do is always dependent on who we are and how honest we are to ourselves."

RC, who directed films First Love and Love the Way U Lie, said he was delighted when he learned that Alter Me, his third film, will stream on Netflix.

“When my producers told me that my third film ‘Alter Me’ is now a Netflix film that will be streaming across Asia, I was jumping out of joy. For that only goes to show that there is no way for us to stop telling our stories,” he added.

Alter Me will begin streaming on Netflix across Asia on November 15.