Bing Garcia picks Cheska Garcia as the most stubborn among her three children. 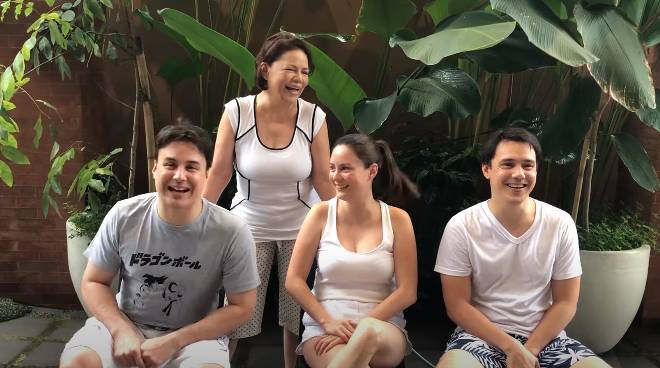 Siblings Pichon, Cheska, and Patrick Garcia — took on the Who’s Who Challenge as a way for their fans to get to know them more through the lens of the Garcia matriarch, Bing Garcia.

Tabo of truth! Get to know us more! Siblings edition. Full video link on my bio! #garciafamvlogs

Bing’s children-in-law Athena, Doug, and Nikka determined the questions ranging from the one who had the most exes to the one who has the loudest snore, with Pichon and Patrick getting picked with the aforementioned questions, respectively.

Meanwhile, Bing poured a pitcher of water on Chesca when the question about Who’s The Most Stubborn and Who Spends The Most were raised. While Chesca tried to explain herself, she was prohibited from doing so as per the rules of the game.

When asked about who she would sacrifice among her three children if they were in a lifeboat without food, Bing chose to pour a dipper filled with water onto herself. The Garcia matriarch did the same when the question about who her favorite child is.

READ: Patrick Garcia receives a surprise from family on his birthday

Pichon is the eldest of the three siblings, followed by the middle child — Cheska — and Patrick, the youngest.