Chen of EXO to enlist in military this month

Chen is the latest member of the boy band EXO to enlist in the South Korea army. 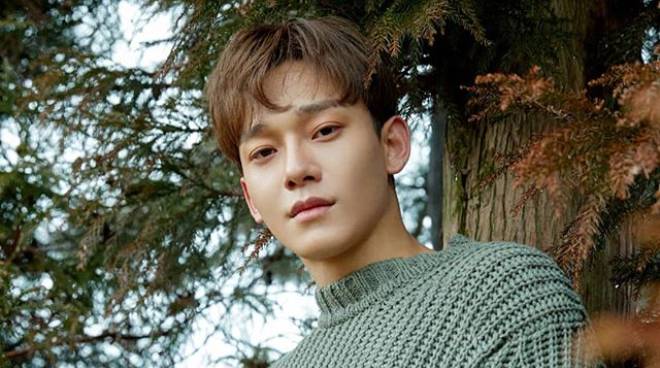 Chen is the latest member of the boy band EXO to enlist in the South Korea army.

They cut his hair in the end 😆

The 28-year-old singer will reportedly start his mandatory military service on October 26, according to Korean entertainment website Soompi.

He made the announcement in a letter he released this Friday, October 16.

"I’m writing to all of you today is to inform you that I’ll be enlisting in the military on October 26 and to at least say goodbye to you through this letter," he said.

"During my time in service, I will do my utmost to fulfill my duties in good physical and mental health, so that I can show you growth and improvement when I return and greet you again. In that time, I hope that all of you will also stay as beautiful and healthy as you are now!! I’m always grateful to you, and I love you," he added.

Chen will be the fourth member of EXO to enlist in the South Korean army, after Xiumin, D.O., and Suho.

Chen debuted as a member of EXO, one of the major players in the K-pop industry, in April 2012.

They are known for their songs “Love Shot” “Koko Bop,” “The Eve,” and ”Monster.”

The group was supposed to visit the country in February to mark the 8th anniversary of South Korean cosmetics brand Nature Republic. However, the event was cancelled amid concerns over the 2019 novel coronavirus.

Aside from activities with EXO, Chen has also promoted with the EXO sub-unit CBX and SM Entertainment's ballad group, SM the Ballad.

As a solo artist, he has recorded songs for Korean dramas “It's Okay, That's Love” and “Descendants of the Sun.”

Last April, Chen made headlines after reports surfaced that he is now a father.