Kathryn Bernardo reacts to Daniel Padilla’s statement that he hopes to start a family, preferably as soon as they get married. 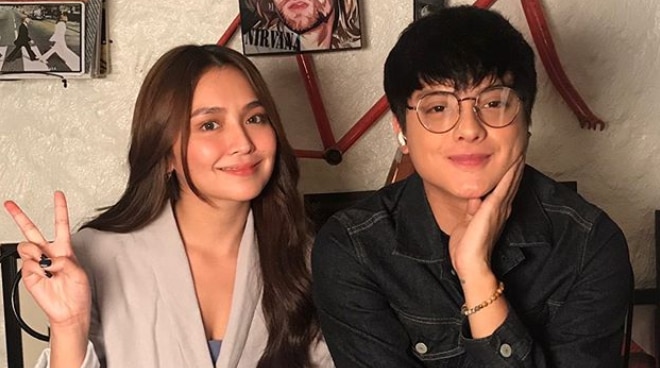 Kathryn Bernardo has reacted to the statement of her boyfriend, Daniel Padilla, that he hopes to exchange "I dos" with her within five years.

During the virtual media launch of their movie series, The House Arrest of Us, the actress said she agrees with Daniel on his pronouncement about getting married before 30.

Echoing her boyfriend's statement, the actress said it is the reason she and Daniel continue to work hard—so they could save up for their future family.

On Daniel's other statement that he wishes to be a father as soon as they get married, Kathryn quipped: "Siya ‘yung magbubuntis!"

It was during a virtual conference for his digital concert Apollo when Daniel opened up about his wish to get married to Kathryn, his girlfriend of more than eight years, in the near future.

He also spoke candidly about wanting to start his own family.