Jerome Ponce, Mika Reyes unfollow each other on Instagram 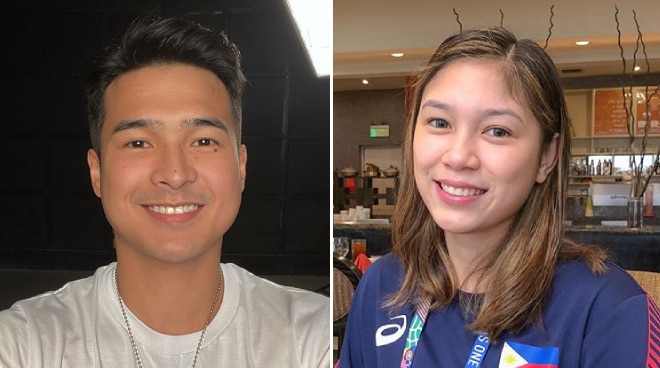 This was the question among fans of the couple after it was revealed recently that they no longer follow each other on Instagram. It also appears that the two have wiped traces of their relationship from their Instagram account. For her part, Mika has also reportedly removed vlogs featuring Jerome from her YouTube channel.

Immediately after the update, the two became the trending topic on Twitter in the Philippines, with many accusing Jerome of cheating on Mika.

"In another episode of men are trash. How can Jerome Ponce cheat on this beautiful and strong woman? The fact that Mika Reyes is already beautiful and successful makes me scared about some men and I am a man," said one user.

"Chrue ba? Jerome Ponce cheating on Mika Reyes? Like how can he even?? Mika is a great person, smart, a national athlete, beautiful inside and out, and just so pure. She basically is the epitome of holistic beauty. So why??????????????? Baket? But anyway, not her loss," another added.

Jerome and Mika have been dating for four years. The actor confirmed months-long speculation surrounding his relationship with the former De La Salle University athlete in February 2017.

Just last year, Jerome opened up about his relationship with Mika in an interview with PEP.ph.

For every woman who live and breathe volleyball, for every lady who shares the same love for this sport, and for every girl who is about to learn her first serve, lets continue to be passionate on promoting this industry as we inspire and influence more. Happy International Women’s Day to all of us! 💚 #myWOMENtality #InternationalWomensDay

He then described their relationship as "very normal, sweet, and loving."

In the same interview, Jerome also denied rumors that he and Mika already living together.

As of writing, both Jerome and Mika have yet to either confirm or deny the rumors about their alleged break-up.