Bea Alonzo shares why she wants to work with Alden Richards. 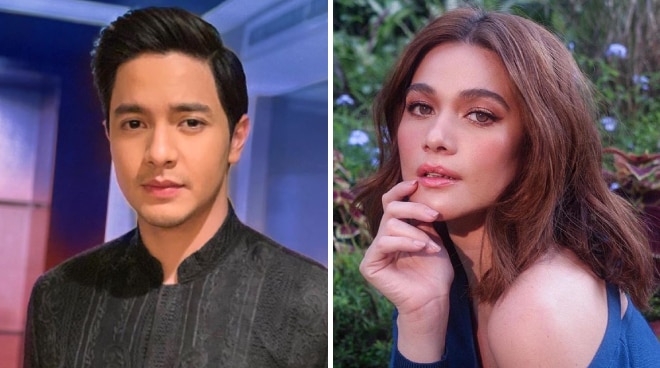 Bea Alonzo remarked that she is open to working with Alden Richards on an acting project.

“Sana [magkatrabaho kami for an acting project in the future]. Wish ko rin [na mangyari 'yun]. He’s such a nice person," she said in her recent vlog uploaded on her YouTube channel.

Both stars got to work for a brand endorsement recently.

“I’ve worked with him, sobrang bait. Hindi lang siya, pati 'yung team niya. I had the best time with him,” she said.

Bea also relayed that she was also able to watch Alden's performance in Hello, Love, Goodbye and she was really impressed by his performance.

Back in February 2019, Alden also expressed interest in working with Bea in an acting project.

Alden hoped that the success of Hello, Love, Goodbye would open more doors for collaborations of actors from different networks.

Found this on my phone. Memorizing my lines. #behindthescenes

"I hope this will be the start of something new. Hindi lang sa amin ni Kath, but in the future [para sa kung sino ang] gustong mag-collaborate. I mean, kahit na you're from different networks, it's possible talaga. Hindi lang sa movies, madami pang possibilities for better content," he said.

When asked who he wants to work with after Kathyrn, Alden replied, "Marami e! One lang? Bea Alonzo!"

The girl behind the red door.. 📖

WATCH: Bea Alonzo gives a tour of her home of eight years

"So 'yun, sabi ko sana magkaroon ng chance na maka-work ko siya in a movie or in [any] project. We'll see," he stated.