Celebrity couple Coleen Garcia and Billy Crawford were the picture of proud parents when they posed for a family photo with their baby boy Amari. 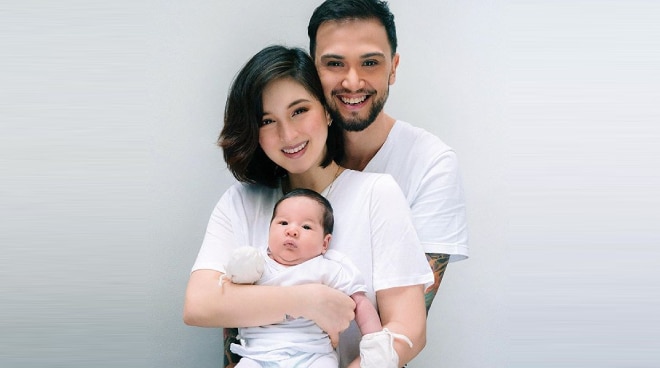 Celebrity couple Coleen Garcia and Billy Crawford were the picture of proud parents when they posed for a family photo with their baby boy Amari.

On her Instagram page Tuesday, October 13, Coleen shared snaps from their family pictorial, which was directed by Metrophoto.

"Family is everything," she wrote in the caption.

Family is everything ❤️

In the caption of her post, Billy wrote: "Super mom! I love you!"

Coleen and Billy first announced that they were expecting their first child last March. They eventually welcomed their son via a home birth last month.

Recently, Coleen talked to local magazine Preview about starting a family with her husband.

"I think we’ll be pretty reasonable parents. We’re both on the same boat when it comes to raising our children, so at least we can rely on each other and work as partners. I do believe we’ll take it day by day and learn as we go. We both have grown so much since we first started dating, but we’re still growing and still continuing to work on ourselves," she said.

"Children tend to look up to their parents and follow their example, so we want to be the best we can be for our son, but we don’t want him to see us as the standard," she continued. "He will know, and we will remind him, that we are not perfect. I also don’t want to be excessive. I want to be exactly what he needs me to be. One thing is for sure, though. He will grow up in a very loving environment."

"What intimidates me most is the responsibility!" admitted Coleen. "It might not be easy to learn how to take care of a baby for the first time, and it won’t stop there. We are also accountable for the person he will become. I know we will make mistakes along the way, and there’s no guaranteed formula for all of this, but it’s a challenge I’m more than happy to accept."

Coleen and Billy tied the knot in a grand wedding on Balesin Island in 2018.