Cameras have started to roll for the much anticipated prequel of the 2013 box office hit ‘Four Sisters and a Wedding.’ 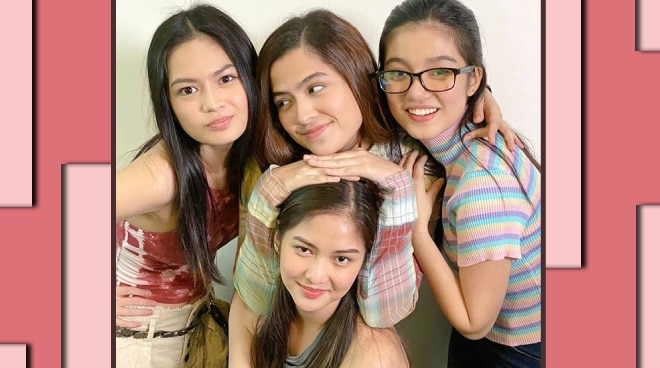 Cameras have started to roll for the much anticipated prequel of the 2013 box office hit Four Sisters and a Wedding.

On Instagram, Alexa Ilacad shared a photo of herself with co-stars Charlie Dizon, Gillian Vicencio, and Belle Mariano on the set for the movie project titled Four Sisters Before the Wedding under Star Cinema.

"Day 1: rolling! #4SistersBeforeTheWedding We lift this up to You, Lord," she wrote in the caption.

Tagged in the photo was Mae Cruz Alviar (Crazy Beautiful You, Can't Help Falling In Love), who replaced Giselle Andres as the film's director.

Set 10 years before the beginning of the original movie, Four Sisters Before the Wedding follows the backstory of the Salazar sisters Teddie, Bobbie, Alex, and Gabbie.

The original movie was headlined by Toni Gonzaga, Bea Alonzo, Angel Locsin, Shaina Magdayao, and Enchong Dee. In that film, four sisters reunite to dissuade their younger brother from marrying his fiancée. As they scheme to "save" their only brother, the siblings are forced to face problems in their family.

The follow up will star Alexa as the younger Bobbie, with Charlie as Teddy, Gillian as Alex, and Belle as Gabbie.

Prior to the lockdown due to COVID-19, the four actresses underwent an acting workshop under Cathy Garcia Molina, who directed the original Four Sisters and A Wedding film.