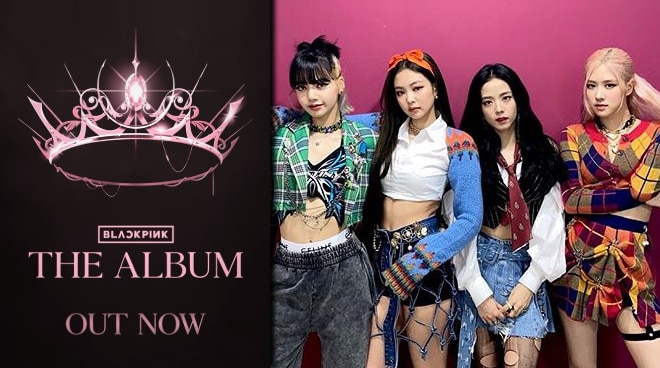 BLACKPINK made history on the Billboard 200 charts with The Album.

The Album sold 110,000 album units according to Billboard. It is the highest charting album of any female K-Pop group in Billboard 200's history.

It is also the highest-charting album by an all-female group since Welcome to the Dollhouse by Danity Kane which debuted at the number 1 spot in April 2008.

BLACKPINK released The Album on October 2. It has 8 songs including the tracks "How You Like That," "Ice Cream" with Selena Gomez, and "Bet You Wanna" featuring Cardi B, among others.

The group released the music video for their newest single "Lovesick Girls" on October 2 as well.

We are the lovesick girls🤍

Composed of Jennie, Rose, Lisa, and Jisoo, the group debuted in 2016.

A documentary about the K-pop group titled BLACKPINK: Light Up the Sky will premiere on Netflix on October 14.

As seen in the teaser, the documentary will feature their journey from their days as trainees until they achieved global success.

"I think what makes K-Pop, K-Pop, is the time that we spend as a trainee," Jennie said in the teaser.