Bro. Eddie Villanueva is the founder of Zoe Broadcasting Network, which has been rebranded as A2Z Channel 11. 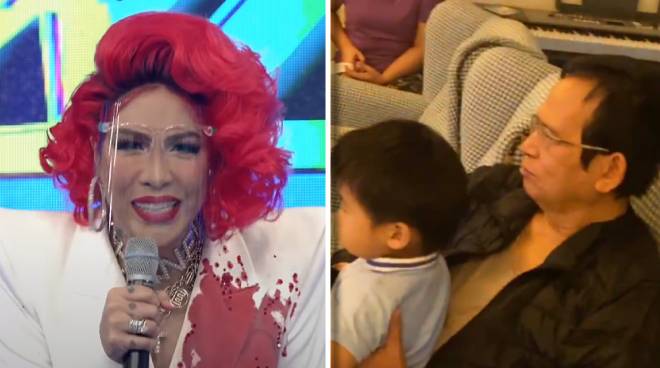 Bro. Eddie Villanueva is one of the people who tuned in to the return of It's Showtime on free television on Saturday, October 10.

The founder of Zoe Broadcasting Network, which has been rebranded to A2Z, was seen watching the noontime show during its first live telecast on his channel.

His daughter Jovi Villanueva-Binalla posted a clip on Twitter which showed Bro. Eddie. watching the program alongside his grandson and other members of the family. The Twitter post also showed Vice Ganda giving his message on television.

"@Bro_Eddie is praying for all of you while watching Showtime.. God bless you all kapamilya! @vicegandako @ABSCBN @itsShowtimeNa," Jovi posted.

It's Showtime premiered on A2Z Channel 11 just in time for their 11th anniversary.

The comedian and host also extended his gratitude to the people behind A2Z channel and the ABS-CBN executives for making this day happen.