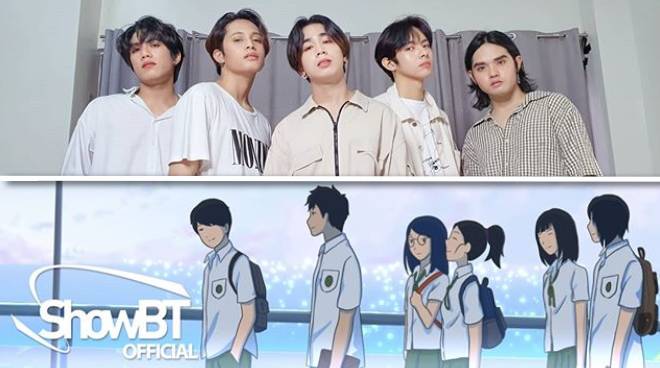 SB19 released an animated music video for their song "Hanggang Sa Huli," which premiered on October 9, Friday on their YouTube channel.

The track is from their first album Get In The Zone.

The music video was directed and written by SB19 member Justin De Dios. The animator behind the video was JujuArts.

"Hanggang Sa Huli" has already amassed more than 300K views as of this writing since it premiered.

Netizens were quick to express their admiration for the video.

"It's so fun to see that they're not just promoting Filipino music, but as well as the Filipino skills in art," one netizen said.

"Thank you boys, for giving us another wonderful and mapanaket na MV. Hahahuhu. I personally, couldn't ask for more. It's your heart that I can see throughout this masterpiece," another netizen commented.

It was on July 31, 2020 when the group released their much anticipated album Get in the Zone.

SB19 is composed of Sejun, Stell, Josh, Ken, and Justin.

Sb19 Hanggang sa Huli Get in the Zone