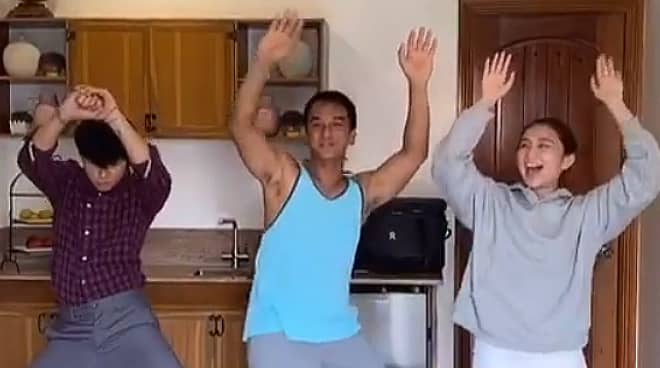 On Instagram Wednesday, September 30, Gardo Versoza shared a video of himself dancing on TikTok along with the couple.

The video shows Gardo and Kathryn dancing to a popular TikTok tune when Daniel surprisingly enters the frame and dances along.

"Ito na po yung matagal niyo nang nirerequest cupcakes," wrote Gardo in the caption, as he thanked the two for joining him.

The light moment was recorded on the set of Kathryn and Daniel's new digital movie series The House Arrest of Us,  under ABS-CBN's  film production unit Star Cinema.

Another version of the TikTok dance was posted by Gardo, this time showing him, Kathryn, and Daniel with their co-stars Alora Sasam and Hyubs Azarcon.

The House Arrest of Us is a romantic-family digital movie series about two people who are stuck under lockdown with their family.

During their project announcement, Kathryn and Daniel clarified that the project isn't a sequel to their blockbuster movie, The Hows of Us.

The House Arrest of Us will also star Ruffa Gutierrez, Herbert Bautista, and Dennis Padilla.

The series, set for a 13-episode run, will premiere on October 24 on KTX, and October 25 on iWant-TFC.