After the success of her burger + burrito shop and Angrydobo stores, Judy Ann Ann Santos decided to franchise a pizza parlor. 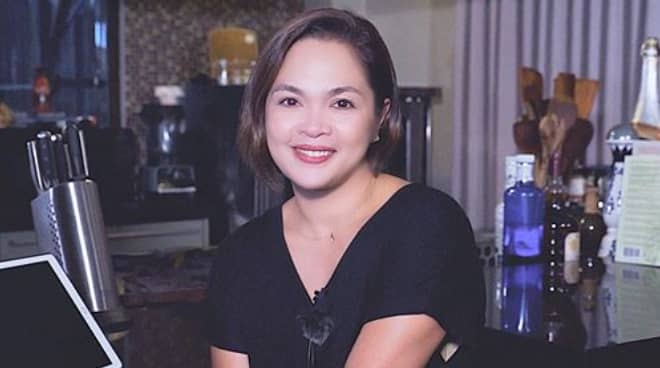 For the second half of Sharon Cuneta’s two-part vlog with Judy Ann Santos, the two showbiz best friends delved into how the successful Angrydobo business of the Paano Kita Mapapasalamatan host started out — including her new other ventures.

Today, our cast members prepared 153 food packs for pgh from a client with a very big heart for our frontliners. We are grateful and thankful for the trust. All our team A cast members tested negative on their swab tests.. we are blessed with hard working and obedient cast members. #angrydobo #madewithlove

A dish Judy Ann crafted while she was fuming mad at her husband back when they were staying at a friend’s house in the States, Judy Ann said she didn’t expect her Angrydobo would become a hit among those who get a taste of it.

Admittedly someone who used to want to keep her recipes to herself, the 42-year-old celebrity and chef shared how a conversation between her and her husband sparked a change in her to finally let her closely guarded recipe out into the world.

But did you know that Juday has other businesses apart from the two branches of Angrydobo she owns?

Ten years ago, Judy Ann and her husband Ryan Agoncillo bought a franchise of Army Navy burger + burrito located right beside the first-ever physical branch of“Angrydobo which she and Ryan opened just a year ago. And now, the couple ventured into another business — a pizza parlor.

Repost from @sharoncunetanetwork • Today on part 1 of this special episode is my sister-by-choice whom I've been blessed to have in my life for 18 years now. Whenever we're together, I feel safe and so loved by my sis-for-life, the one and only, Ms Judy Ann Santos-Agoncillo @officialjuday 💖 / on YouTube / The Sharon Cuneta Network #SharonCuneta #SharonCunetaNetwork

A post shared by ActorSingerPresenter (@reallysharoncuneta) on Sep 23, 2020 at 4:54am PDT

Watch Juday talk more about her Angrydobo and  video below:

Judy Ann Santos’ Angrydobo branches are located in front of De La Salle University in Taft and another in Westgate Center in Filinvest, Alabang.