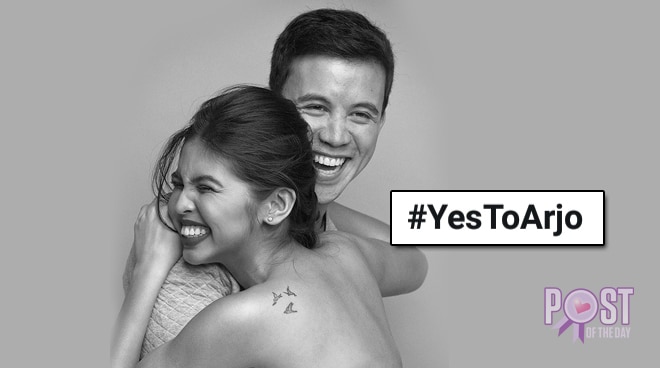 “Wow, some ‘fans’ made #NoToArjoTheUser trend today. Congrats! But I say #YesToArjo (heart emoji),” she wrote.

Wow, some "fans" made #NoToArjoTheUser trend today. Congrats! But I say #YesToArjo. ♥️

After her tweet, “#YesToArjo” immediately trended online. This comes after the TV host-actress shared a clip of them dancing to Sarah Geronimo’s trending song “Tala.” Maine and Arjo first worked together in the film Jak Em Popoy: The Puliscredibles in 2018 and has been romantically linked since. However, the two have kept mum about their relationship status until their admission on their first year anniversary last December 21.