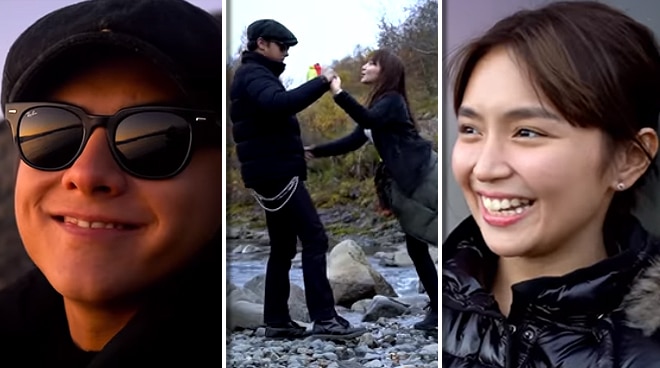 Kathryn Bernardo shared her Iceland adventure with Daniel Padilla in her very first vlog. According to the actress, Iceland was one of her dream countries to visit.

“Sharing with you the first part of our Iceland adventure last September! This country was in both of our bucket lists so we relished every second we spent here. We tried our best to film it in a way that would make you feel as if you were part of the trip,” Kathryn said in her vlog.

The video has already gained more than 400k views as of this writing and earned the praises of netizens.

“I watched this for the third-time now, I observed some small details: the video sequences, the editing or transitions, the cinematography, the insights from Kath, and the sound effects... Everything was sublime. Also, I really cant get enough of the cinematic wide shot/landscape of your intro and outro. This is setting the bar high by producing high quality vlogs. Keep it up!” a netizen said. .

“The genuity of them both as a couple & bilang tao and at the same time flexing the breathtaking view of Iceland. The content we all deserve to watch,” another netizen commented.