Make it With You star Enrique Gil shares how he got interested in doing real estate. 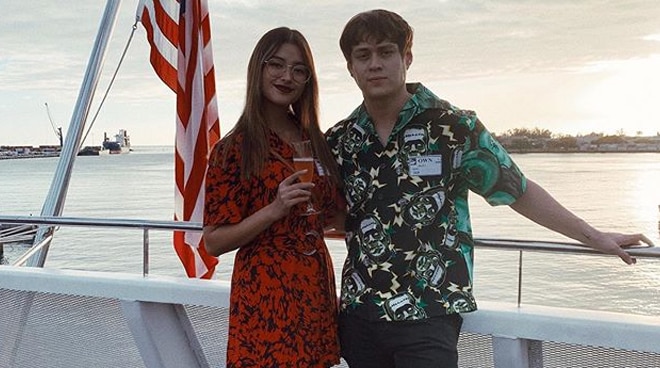 With his new teleserye Make It With You all set to be aired soon, Enrique Gil  revealed one of his plans this year is to sell his beach house in Batangas.

“Yung beach house nga sa Batangas, we built that to sell but then we fell in love with it so parang hindi na namin nabenta so I never really got to start my business side. I just acquired the lots but not really building and selling it yet. So right now I built my beach house which I’m going to put on the market. I’ve decided it with my mom. For sure this year it’s going to be on the market and our first house,” he told PUSH.

Quen admitted he and Liza Soberano are actually building their first spa resort in the same area as the beach house.

“I got another property beside it that’s like a hectare sa may coastline na gusto ko gawing resort. Sabi ko, ‘Let’s just stick with the plan na lang. Let’s just sell this house and then let’s just build the resort there. Mas malaki pa yung place. Tapos na yung beach house. We’re just waiting to sell it,” he said.

With almost ten years of working nonstop in showbiz, Enrique said he is almost ready to start building his own home.

“I am. Soon. Not yet. Kasi ayoko lang to get a place. Kasi I still live with my mom in the south, still in the same house where I grew up. It’s a one-storey house. It’s actually very masikip na para sa amin but we’re used to it. Sabi ko nga live humbly and simply. I still stay in the same room as my kuya. Right now it’s a two-bedroom house. It’s just my mom, my sister, me, and my brother. My mom bought it when she was single pa a long, long time ago. So we never renovated it. "It’s a small house. Eh ang dami ng gamit so what we’re planning to do is sell this house and we can build a bigger house for my mom and my sister. And for me to stay also,” he shared.

The Kapamilya actor also said he has plans to buy property with his real life leading lady as well.

“And then I’m going to be building with Hopie in Vermosa in the future."