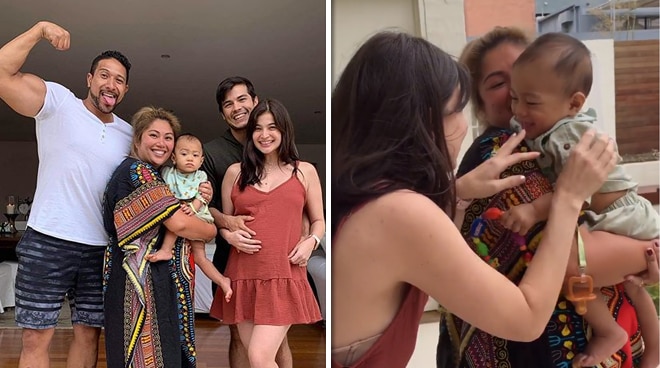 It seems Anne Curtis is making the most out of her maternity break as she’s having the best time of her life in Australia.

But more than that, it appears she’s now ready to become a mom as seen in a video shared by her former It’s Showtime co-host Eric ‘Eruption’ Tai.

The 34-year-old Kapamilya star, who met with Tai’s family in Melbourne, Australia can be seen happily playing with the latter’s son Legend.

Tai, in the caption of the video, said he believes Anne Curtis is now ready to be a mom, calling the in-demand celebrity a “certified mommy.”

He wrote:  “#AnneCute - Looks like Anne is already a ‘CERTIFIED MOMMY!’ @annecurtissmith.”

Anne, who is expecting her baby girl to arrive in either February or March 2020, took an indefinite leave from showbiz last December 2019.