Nadine Lustre calls out Ricky Lo on breakup issue: ‘None of what you said was true’ 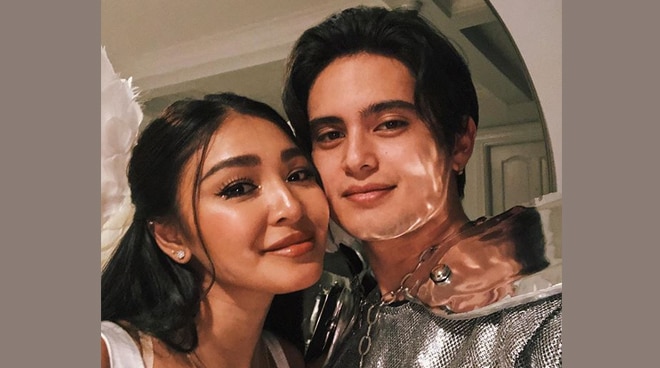 Nadine Lustre belied the article written by Philippine Star columnist Ricky Lo. The actress took to Instagram Stories to deny what was being said about her and her relationship with James Reid by the columnist.

Nadine remarked, "First off, that was so low #RickyLo #Philippine Star. Second, none of what you said was true & it is NEVER okay to use someone's mental situation/tragic past just to prove a point. Mental illness is a very sensitive matter & last you think you know so much about me, you can't even get my last name right. ANU NA, 2020 NA!!" 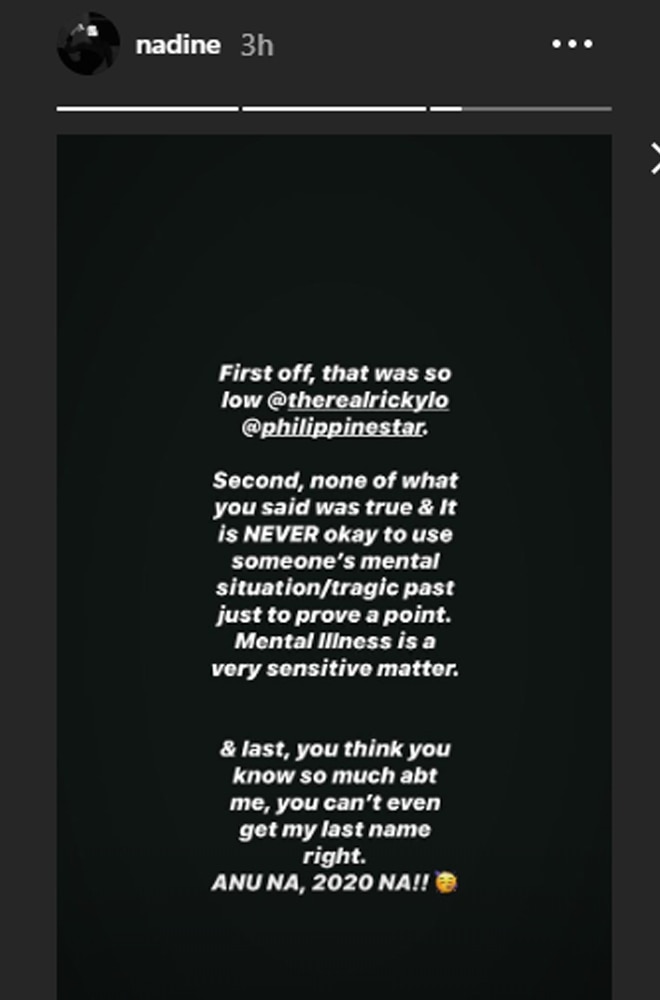 In his article, Ricky stated that Nadine and James' reported breakup is true and mentioned that the actress already moved out from James' home.

"It was confirmed that Nadine packed up and left the Loyola Grand Villas (Quezon City) home of James that has served as their love nest for more than two years, and moved to a unit in a posh Makati condo. But even if they are now living apart, the un-couple is said to still see each other," Ricky claimed.

In the article, he also mentioned that James is "handling the breakup with care to cushion the impact on Nadine who has admitted grappling with mental illness."

Parts of the Philippine Star article have already been edited in the Philstar.com version.

James has yet to speak up on the issue.