James Reid and Nadine Lustre seem unbothered by all the rumors about them having called it quits as they were recently spotted together in Baguio City. 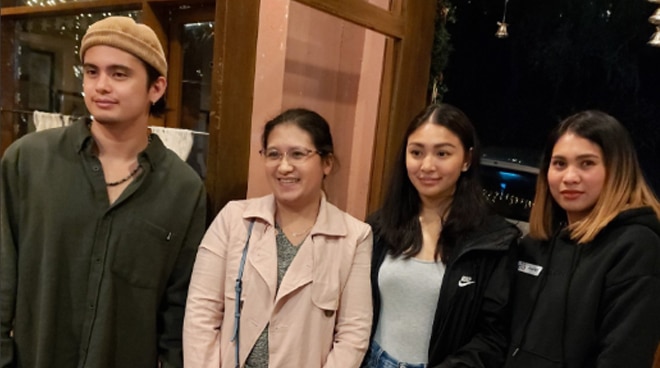 Have James Reid and Nadine Lustre really called it quits? Well, a new photo of the couple out and about in Baguio City seems to suggest otherwise.

On Twitter, a netizen named Yael Baldino shared a photo of the two Kapamilya celebrities with what appears to be a fan.

Baldino said the couple, popularly known as JaDine, had dinner with three other friends at Tender Joe’s in Camp John Hay.

Anyway, enjoy your quick out of town trip, James & Nadine! 💜

While it could simply be a friendly dinner date, Baldino revealed the couple appeared sweet with each other the entire night — saying he even saw at one point James wrapping his arms around Nadine.

Some fans also claimed to have seen the couple at the U.P. Town Center in Quezon City hours before the two went to Baguio.

Just bumped into Nadine and James at UP Town! The rumuors aint true bitch. They still together!! OTP FOREVER hihi no shame 🤭

Two days after the issue made rounds online, Nadine showed her support for James Reid’s appearance at the Overpass Music Festival this coming March 2020.

James and Nadine became a couple while doing the hit ABS-CBN series On The Wings of Love.