Dani Barretto clarifies home-under-construction ‘not a mansion’, reveals property was a gift from in-laws

Vlogger Dani Barretto on Thursday clarified that the home-under-construction she and her husband Xavi Panlilio are building for their family, contrary to reports, is not a “mansion” nor a “multi-level 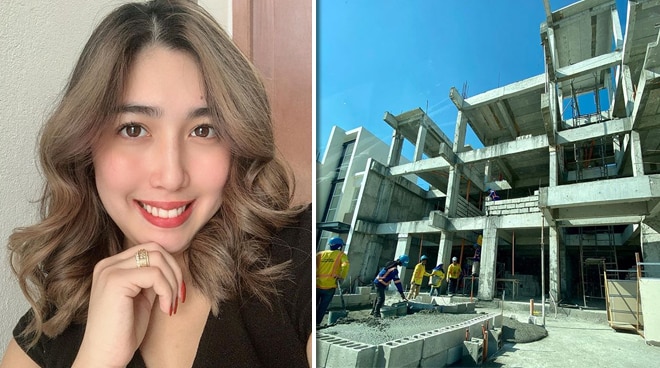 Vlogger Dani Barretto on Thursday clarified that the home-under-construction she and her husband Xavi Panlilio are building for their family, contrary to reports, is not a “mansion” nor a “multi-level house.”

Sharing on Instagram Stories a photo of the property with an arrow pointed in the middle, the daughter of Marjorie Barretto and Kier Legaspi wrote: “Guys, let me just clarify something about our recent post about the construction of our home. I saw articles about our house and how it was perceived to people that we’re building a ‘mansion’, ‘a multi-level house’. I felt the need to clarify this. ‘Cause may mga taong may-ari ng unit sa tabi namin. They might come across these articles and think we are claiming their property is ours. THE ONE IN THE MIDDLE WHERE THE ARROW IS POINTING AT IS OUR HOME. The two structures beside ours are owned by other people [sic].” The “recent post” Dani was referring to was shared by Xavi on his Instagram page last Tuesday, featuring a similar photo of their future home.

Dani added: “We didn’t think it would be a big deal, but I guess we should’ve clarified this from the start, para hindi na magmukhang napaka-laki ng bahay na pinapagawa namin.”

Dani, 27, went on to reveal that the home-under-construction was actually a wedding gift from her parents-in-law.

“I am very grateful to them for the love and support they've been showering Xavi and I from the start. I don’t want to take credit for something I didn’t buy. I work hard for my money, but this one was a gift from Xavi’s parents,” she continued.

Dani and Xavi were married in a church ceremony last April. They now have a baby girl named Millie.