Sandara Park had a big surprise for her Pinay friend who is a big EXO fan. 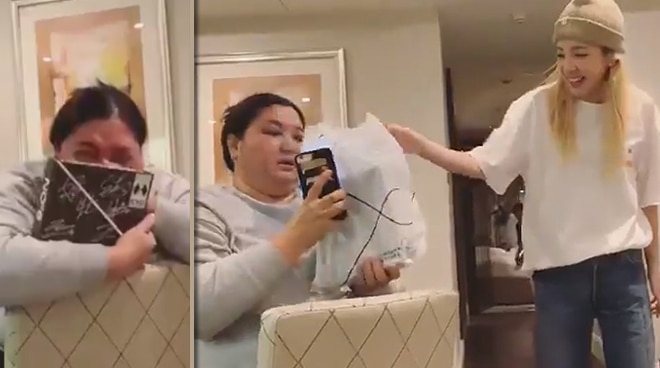 Sandara once again surprised her friend Ana Yambao who is a big EXO fan during her trip to the Philippines.

Previously, the Korean star gave Ana a pad with autographs of the EXO members. This time, she gifted Ana a signed copy of EXO’s “Obsession” album and Kai merchandise.

READ: Sandara Park does Kpop version of the Tala challenge

“Korea’s famous for K-beauty, so I told a white lie and said I bought mask packs as a gift, then I gave her favorite celebs’ goods. 💿🎁🎉 Real fan’s surprised reaction,” Sandara said.