According to a press statement, actress Nadine Lustre is no longer a talent of Viva Artists Agency and is now self-managed. 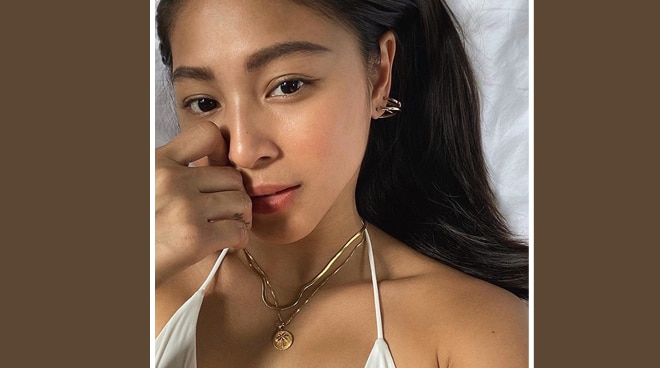 The press statement, which was shared by ABS-CBN News, said, “For the information of the public, Nadine Lustre is no longer a talent of Viva Artists Agency. Consistent with her rights under the Civil Code of the Philippines, specifically Article 1920, she has decided to terminate her agency contract with Viva.

“As of now, Nadine is self-managed and will continue to be so indefinitely. She shall directly manage her affairs from now on, and bookings and inquiries may be directly addressed to her.” 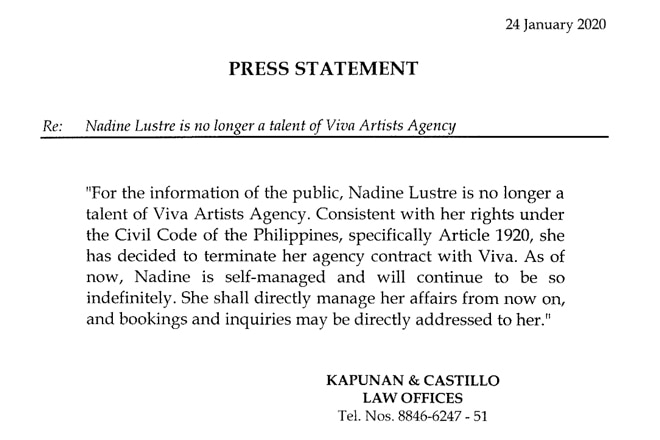 Nadine has been with Viva since 2009.

Meanwhile, it was in September 2019 when Nadine’s now ex-boyfriend James Reid had also left the same agency.

According to previous reports, James leaving Viva has not affected his then-relationship with Nadine. “We’re still working together. We’re all on good terms, which is great. I just have a bit more freedom now, that’s all,” he said.

When it comes to their music careers, James and Nadine are both under Careless Music Manila, the music label founded by the actor.