In case you missed it: James Reid and Nadine Lustre have broken up after nearly four years of being a couple, and netizens have some mixed feelings about it. 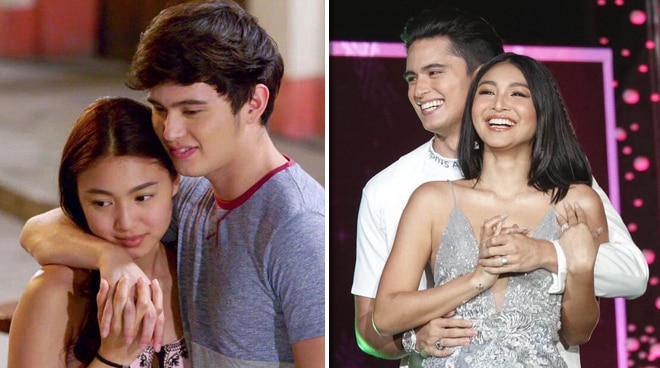 In case you missed it: James Reid and Nadine Lustre have broken up after nearly four years of being a couple. The two confirmed their split in a joint statement released via the live January 20 episode of "Tonight With Boy Abunda", saying, "It’s true that we have split up, but not for all the reasons that are being spread on the tabloids and social media, but because after quiet and mature conversations, we decided to focus on ourselves not only for our careers but more for our personal growth as we are still young and we want to achieve as much as we can.

“We agreed that going separate ways was best for both of us. We are in good terms and are still really good friends and will continue to work with each other especially when it comes to music. Thank you for all the JaDine fans for their undying support and we hope you continue to support us now and in the future. We shall forever be grateful to them for their love and understanding. Thank you."

It was in February 2016 during their joint concert at the Araneta Coliseum that James and Nadine, who had their showbiz breakthrough in 2014 via the rom-com film "Diary ng Panget", confirmed their romance to the public.

Early this year, their relationship had been the subject of speculation, with reports claiming that the actress already left their shared home in Quezon City.

Since their announcement on Monday, many fans have taken to microblogging site Twitter to express their thoughts on the shocking breakup. Check them out below:

Not a JaDine fan but I never thought their break-up would pain me this much. They are a part of my youth! Like wtf, parang huge part ng pagkabata ko 'yung nawala 😅💔 https://t.co/Ikwta1WNaK

For years and years, I have stanned Jadine so hard, defended their names, watched all their teleseryes and movies, heard their music, and now, waking up and hearing their breakup, broke my heart, too. But perhaps, their loveteam might be signing off but my Jadine heart will never

I won’t delete this account or go private because I am a JaDine stan coz of their talent.

I wish you all the best, parents. Go and do what you want to do. I love you both.pic.twitter.com/sgL50O5nqY

Love is not just a word, a feeling, for it takes a lot of sacrifices, so i can't blame the both of you, tao lang kayu napapagod, but if right time will come i hope your eyes will be open to reality, for love will always find it ways -Jadine is signing off💔 pic.twitter.com/yjlaAjF8nw

Thank you James and Nadine ❣ pic.twitter.com/U4Iw5N9yKw

My friends checking me if i'm okay over the news about Jadine's break up. pic.twitter.com/IjaQD7eb3w

Will somebody convince me now that I was never a Jadine fan half my life!? #jadine