Rachelle Ann Go and Martin Spies’ home in London was turned over to them last December. 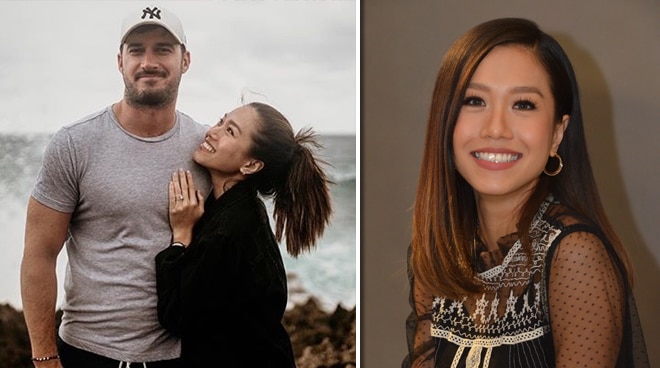 Rachelle Ann Go and her husband Martin Spies finally have a place to call their own in London. In an interview at the press conference of her “The Homecoming” concert, Rachelle said that it took one year before they were able to find a house to purchase.

“Ako ‘yung nagre-research during the morning. Iyon ‘yung ginawa ko for a year, hanap ng hanap ng bahay tapos kapag may maganda, I will show it to the husband. So when we saw this house, we viewed it on a Sunday sabi niya, ‘This is the one, this is it’,” Rachelle shared.

READ: Here’s what Rachelle Ann Go has to say about Sarah Geronimo’s engagement

As for the design of their house, Rachelle relayed that it is a four-bedroom house.

“We really prayed for two-bedroom house pero itong house na ‘to parang four-bedroom, three bedroom and a study room, naka-bonus pa nga eh tapos may garden, which that’s actually [my husband’s] priority kasi he is South African and he loves to grill,” she said.

Rachelle said that they have yet to buy furniture for their new home. The house was turned over to them last December.