The girls talked about Vice Ganda while promoting their newest single “Thumbs Up” during an appearance at a South Korean radio show. 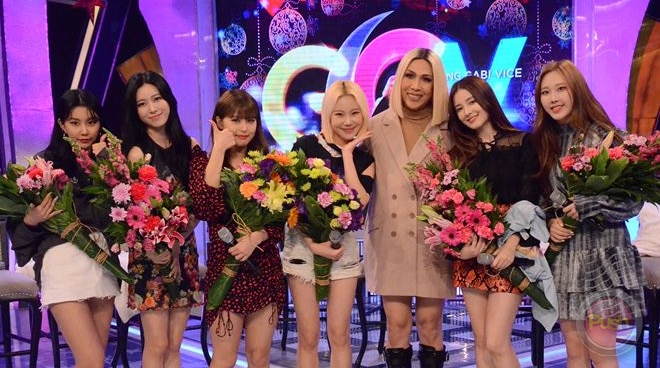 The girls also talked about fellow Kapamilya celebrity Vice Ganda whom they got to know during a guesting on "Gandang Gabi Vice" over a week ago.

According to one of the members, JooE, she got amazed by the kind of wit Vice Ganda has — making their appearance on the show even more fun.

“MC Vice was really fun and hosts with a lot of wit. Even if we aren’t fun, he frames it well,” JooE said.

Referring to Ryan Bang, she added: “A Korean celebrity translated for us. Since Nancy and Nayun are good at English, there weren’t any problems.”

Vice Ganda started calling JooE his daughter after he noticed their “twinning” blonde hairstyle on the show.

JooE then responded by calling the Unkabogable star “mother.”

Meanwhile, you can watch “Thumbs Up” by MOMOLAND below: