Myrtle Sarrosa says that she tries to help in small ways. 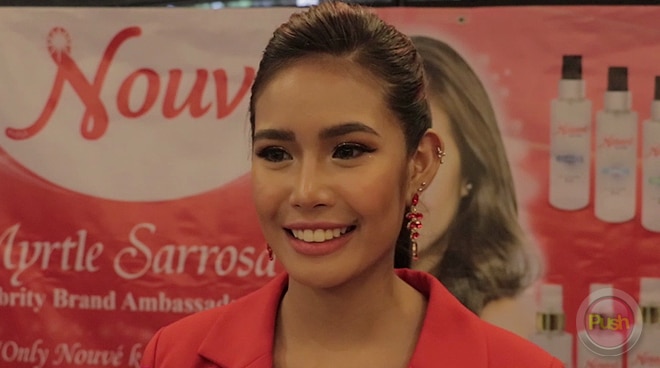 Myrtle Sarrosa is one of the celebrities who reached out to help the victims of the Taal Volcano eruption which left nearby towns filled with ashfall.

When the Kapamilya actress launched her perfume endorsement, she told the press that part of her talent fee will go to those who are in need.

“Actually, I will be donating part of my talent fee po dito for the victims of Taal and as well as sa mga taga-Capiz from last December dahil nabagyo sa kanila,” Myrtle said.

“I just want to be quiet and help in small ways that I can, kasi tayo tayo rin naman po ang tutulong para sa kapwa natin,” she added.

Myrtle is also looking forward to volunteer so she could personally help the victims.