Rachelle Ann Go expressed how happy she is for the engagement of Sarah Geronimo to Matteo Guidicelli. 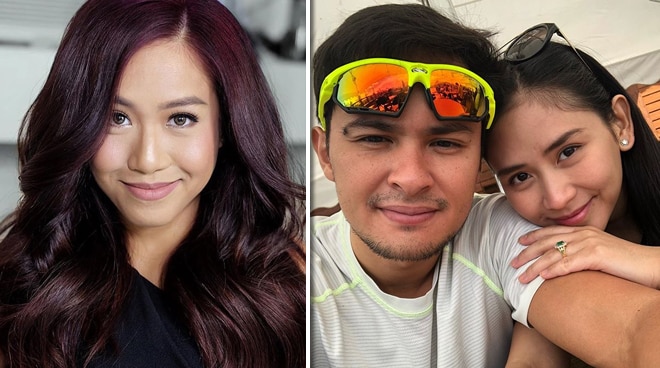 Rachelle Ann Go couldn’t contain her happiness when asked about what she has to say about the engagement of Popstar Royalty Sarah Geronimo to Matteo Guidicelli.

Go, who was one of the inductees at this year’s Eastwood Walk of Fame, expressed how happy she is for Sarah Geronimo who happens to be one of her longtime friends in the industry.

The 33-year-old singer, who met with Erik Santos and Sarah Geronimo over a week ago, revealed she spent the entire day catching up with the two of them.

Now living a happy married life with her husband Martin Spies, she also opened up about her own experience after almost two years of marriage.

Meanwhile, Go, who is currently in the Philippines for a Valentine’s concert this February, said she would fly back to London after the show.

According to the theater actress, she will return as Fantine in the upcoming West End production of Les Miserables.