Julia Barretto says that Joshua Garcia is her ‘safe place’ 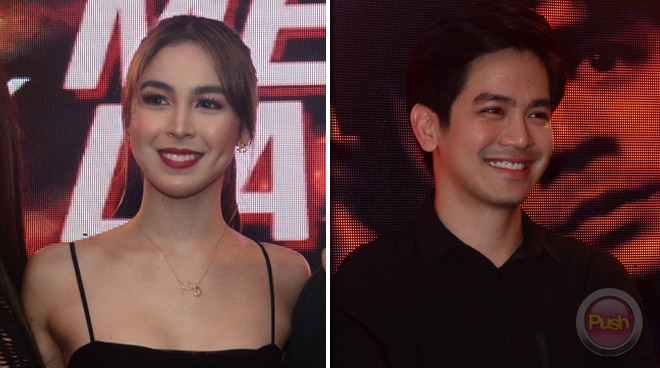 Julia said after doing numerous projects with her former love team partner, she felt Block Z was the next step in their acting resume. “We were very excited. Sa ilang years namin nag-work together, we did a lot of rom-coms, we did a lot of rom-drama. So this as a different experience for us. Parang naging challenging siya sa amin. Of course there’s a love angle so the challenge there was paano namin aatakihin ang ibang atake, ibang angle, ibang klaseng lalim. It’s edgier, it’s more sacrificial. The love in the movie is more sacrificial,” she revealed.

After admitting their choice to just remain friends last year, the Block Z stars said they are doing okay. “We’re okay. Thank you for asking and that’s one of the things na I’m super grateful for, that we were able to protect and make sure that the friendship will stay and will remain. And tama siya, when I first saw him also, it felt familiar kumbaga. It’s a familiar place, it’s a comfortable place, a safe place,” she explained.