Catriona Gray meets artist behind viral song about her 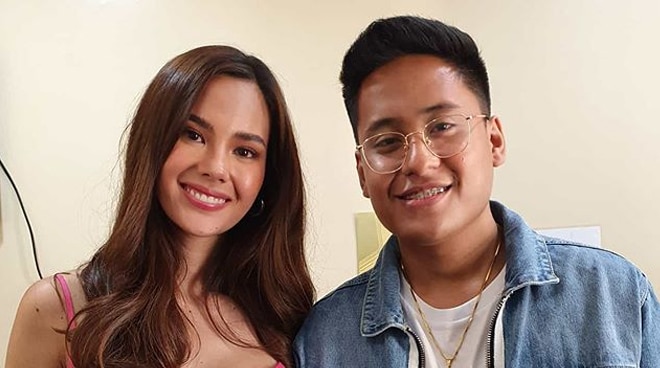 Following the success of his single "Catriona," rising artist Matthaios finally met the woman who inspired his song. On January 9, the musician shared his snapshot with Miss Universe 2018 Catriona Gray on Instagram.

Released on December 1 under MIDA$ Records, "Catriona" has already amassed more than 28 million views on YouTube as of this writing. The song also went viral on various social media sites, especially on TikTok, after a dance challenge inspired by the song became popular.

After her reign as Miss Universe, Catriona returned to the Philippines and has revealed her plan to venture into the music industry too. The beauty queen is also currently a co-host of It's Showtime.