Piolo Pascual also shares some tips on how to get rid of those unwanted fats while enjoying your sugar fix. 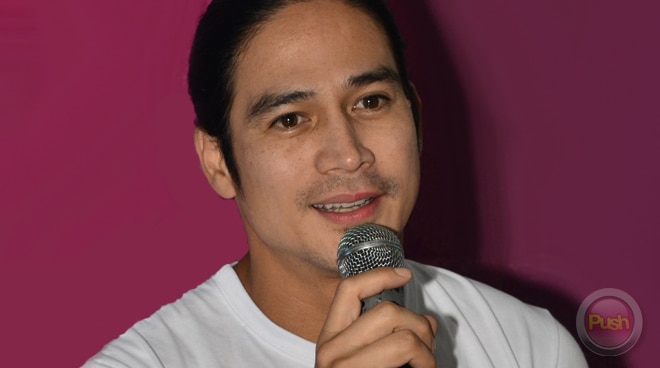 If you think Piolo Pascual isn’t a fan of sweets, think again. In fact, he loves eating sweet food just as much as you do and even can eat four to six doughnuts in one sitting.

With several health-conscious individuals wanting to keep a healthy lifestyle by avoiding sweets, Piolo wants to let them know it’s okay to go out of your way once in a while.

According to the Kapamilya heartthrob, it’s all about learning how to practice balance eating and finding time to do work outs.

“At the end of the day, it’s all a matter of balance. Like ako kunyari ‘pag gusto ko may craving ako for something sweet, if I can finish like half a dozen box of doughnuts, I know I have to work out, I have to train, I have to sweat it off,” he said.

The 42-year-old actor, who looks as youthful as ever, shared advice to those who are completely excluding sweets from their diets.

“So my advice is for anybody out there to know - it’s probably common sense - if marami kang mag-divert or just limit your lifestyle. You know the things that you have to avoid. Okay lang ‘pag once in a while may mga craving ka, you balance it out with exercise,” he stated.

Pascual, a firm fitness advocate, said he is conscious of everything that he puts in his body.

“Pero ako I don’t eat as much food when I’m eating as much sugar. And you make sure to burn it. Ako, I’m always conscious about what I have to burn and how I have to look because I am my own product. So I make sure that I have a balanced diet as well. Even if I have my sugar fix, I make sure I balance it out with a training or work out,” he concluded.

Meanwhile, Piolo shared updates on his upcoming projects which include several movies such as the one he did with Brillante Mendoza and another with Alessandra de Rossi who is set to mark her debut as a director.

“I finished a movie with Lav Diaz. The Lav Diaz that was shown for Cinemalaya. But I finished a movie with Brillante Mendoza celebrating the 100 years of [Philippine] Cinema. And also, we’re participating sa Pista ng Pelikulang Pilipino with I’m Ellenya L with Maris (Racal) and my son Iñigo. And I’m finishing a film with Alessandra de Rossi that we are co-producing. And November, we’re starting the film. And I’m finishing up an album. Hopefully, we get to launch it before Christmas season,” he said.