Sam Milby on his love life: ‘I’m interested and inspired by someone’

Actor Sam Milby gets cornered by the press and asked who is he taking to the ABS-CBN Ball. 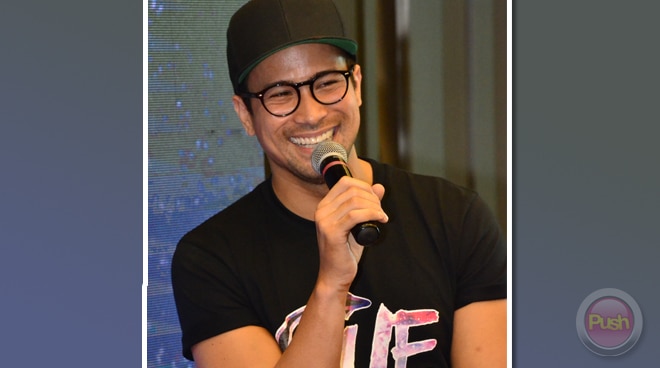 At the press conference of the upcoming music festival Hueniverse, Sam Milby shared the story behind how he got into investing in the business and turning his hobby of editing into a profitable one.

"It was not really planned to do editing, it just kind of happened. Of course, it started when we did the concert of Moira, co-prod yung Tagpuan concert niya and then we decided gawin natin yun music video niya for "Malaya," we did it and kami ni Pratty (John Pratts) lang so I was like, I'll try to edit. I have a nice computer sa condo ko kasi, I do recordings din naman. So I watched YouTube videos on editing. It just kind of worked out," he said.

He also added that he hopes they would eventually expand their production house and get into movies.

"I feel we've had a great start, 'Malaya' did well, yung mga music videos na ginawa namin got great feedback. And so we are just trying to build a brand, eventually maybe to a movie, I really hope for a movie. But this is actually John's passion project. This is what he has really dreamed off, this is what his passion is about."

In regard to the music festival, which will be happening on September 28 in Muntinlupa, Sam said they do feel the pressure in making it a success.

"It's the first time, we feel a bit of pressure of course, bilang first time di pa kilala kaya we are not focused on the profit," he added.

On his personal projects, the actor shared he will be doing a digital show under Dreamscape tentatively called Tapes.

"Kakaiba. Very, very different, it's mystery, suspense, it's like 'Eerie,' supernatural in a sense," he related.

He also shared that he will be doing a teleserye and will be part of Coco Martin's upcoming film, slated to be a part of the Metro Manila Film Festival.

"Teleserye? Actually may naka-line up na, we were planning on starting this month originally. But it might be pushed back till November. Tapos 'yung movie ni Coco kasama din ako dun. Kontrabida ako doon. Role ko, I am the son of Edu Manzano, Andrew. Basta kontrabida ako, action-comedy."

When asked about his love life, Sam admitted that he is interested in somebody.

"I'm interested and inspired by somebody. I'm interested. It's too early naman basta in the future if it pushes through and something happens I'll share with you guys.Semi-showbiz. Basta if ever.. I'm not giving you any clues on it anyway," he answered with a laugh.

Sam also revealed going solo to the ABS-CBN Ball. When asked if he will be seeing his 'inspiration' at the event, his only reply was, "She may or may not be there."