Champ Lui Pio and his non-showbiz partner Claire Nery are about to become parents. 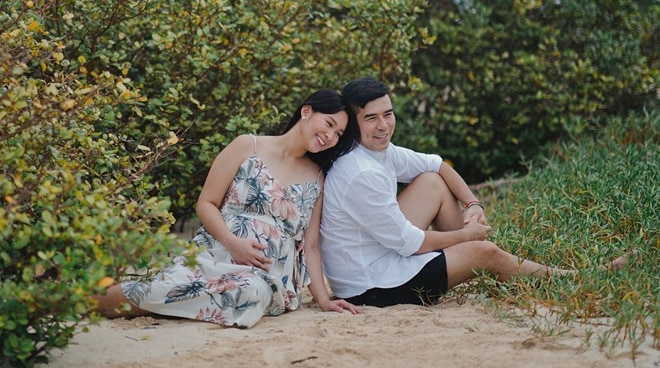 Champ Lui Pio and his non-showbiz partner Claire Nery are about to become parents.

The businessman and vocalist of local rock band Hale on Tuesday confirmed the surprising news as he posted photos from a maternity shoot with his girlfriend on Facebook.

In his caption, Champ shared that he and Claire are expecting a baby boy.

The said shoot was taken by photographer Ryan Ortega in Siargao, where Champ and his brother Chino Lui Pio opened a hostel last year.

Champ confirmed his relationship with Claire by publicly expressing his love through an Instagram post dated in October.

According to reports, the couple already got engaged in August 2018, but the two have yet to confirm or deny the rumors as of this writing.