John Lloyd Cruz is part of the 2019 MMFF hopeful Culion

Kapamilya actor John Lloyd Cruz is revealed to be part of the cast of the film about the leper colony in Palawan. 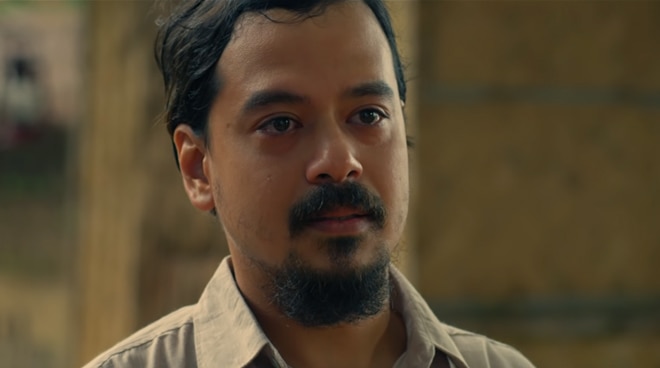 During the teaser trailer launch of this year's Metro Manila Film Festival entry hopeful Culion, there was a big surprise at the end of the video where one character was revealed to be John Lloyd Cruz.

Prior to the ad campaign launch, no mention of John Lloyd was made or connected to the film.

John Lloyd was last seen onscreen in the 2017 blockbuster Finally Found Someone with Sarah Geronimo.

Although no details have been made on his role, he will be joining the Culion cast led by Iza Calzado, Jasmine Curtis, Meryll Soriano and Joem Bascon.

According to Culion producer Shandii Bacolod, it was not hard to persuade John Lloyd to join the project after having worked with him previously as co-producer in an indie film.

"Meron na kaming work relationship as a producer. He's also friends with so many of the cast and our assistant director. Hindi kami nahirapan to talk to him because of the people around," he shared.

Although the Kapamilya actor is now confirmed as part of the film, Shandii did not want to divulge too many details about the controversial actor's participation in the film.

"I can only say two things about his role, he plays a very important role in the film and number two, his role is connected to Meryll Soriano. For now yun pa lang ang puwede sabihin," he admitted.