Deniece Cornejo shares that she has perfected Harvard’s online exam. 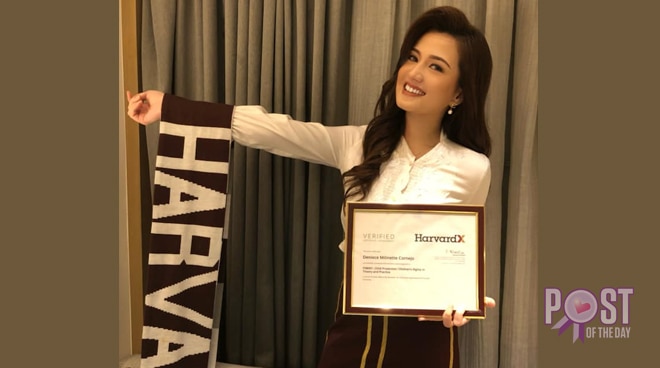 Denice Cornejo proudly shared on her Facebook account that she has passed and perfected the score on Harvard’s online exam.

The former model took an online course and passed the Child Protection: Children’s Rights in Theory and Practice program at HarvardX.

“I finally did it! And received a cute gift. Yes I passed!” she wrote.

“What they say is true, hard work never betrays. It all pays off in the end. Almost 8 months of sleepless nights and a lot of reading, it finally led to this,” she added.

“I am honored to lobby for international human rights specifically in children rights theory and practice,” Deniece shared.

She made headlines in 2014 after accusing It’s Showtime host Vhong Navarro of rape. In 2017, the Department of Justice dismissed her complaint due to “serious credibility issues.” Last year, Deniece and her two companions were charged guilty of grave coercion, which was filed by Vhong.