Jung Hae-in particularly wants to visit these two tourist destinations, among others. 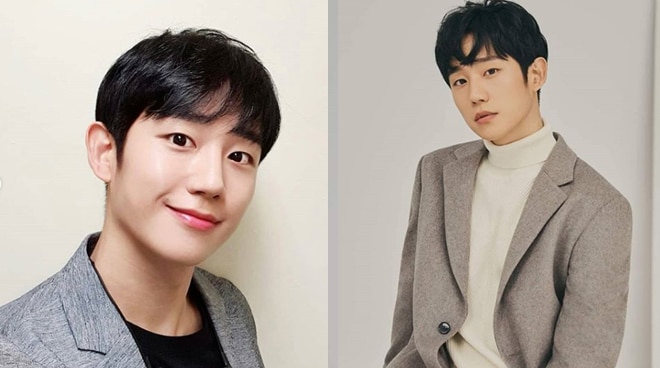 South Korean actor Jung Hae-in, who returned to the country a year after his successful fan meeting, couldn’t be happier to be back in Manila.

“Number one, I’m so happy to be back in Manila after last year’s visit. And I’m very happy for the opportunity to sit down for an interview on top of that,” he said during a press conference held at the Marco Polo Hotel in Ortigas.

As much as he wanted to visit other tourist destinations in the Philippines when he came to the country in 2018, Jung Hae-in revealed why he wasn’t able to do so.

“Last year when I came here, I did a fan meeting. And my schedule was very tight. So I didn’t get to do a whole lot after that fan meeting. We wrapped that up. And then I had to go back to Korea immediately,” he explained.

Asked which places he wants to visit in the Philippines given a chance, he immediately named Cebu and Boracay as two of the places on top of his list.

“So if it were up to me, I would love to go to Cebu or Boracay. These are very famous spots in the Philippines. But I have a feeling that my schedule will not allow it again because of time. But hopefully, I can come back and do these,” he said.

Jung Hae-in, on the other hand, reveals what fans can expect from his fan meeting this year.

“In this year’s fan meeting, he will be sharing more behind-the-scene stories from new projects that he’s been working on. And he is excited to share with you his singing skills which has been upgraded very slightly, he says. Very slightly upgraded singing skills. Very exciting. Actually, that’s going to be a wonderful treat for your fans in the Philippines,” he said.

The South Korean superstar also thanked his ever-supportive Pinoy fans, whom he described as “shy,” for always showering him with love.

“First of all, as an actor, I am so happy and honored that I have fans around the world who are interested in my work. And they make sure to watch my work. In the Philippines, he notices that his fans are a little on the shy side. They’re very warm,” he said.

He went on: “As I step in the airport, I can see everyone is smiling. They are very easy to smile. It makes me smile as well when I see the fans smiling. I’m always thankful for that very positive and warm energy that my Filipino fans have.”

Jung Hae-in, one of South Korea’s top actors, is also set to star in a new Netflix retro romance drama called Tune In For Love.

Joining him in the show, which is set to drop on November 5, 2019, is Cheese In The Trap actress Kim Go-eun.